I was originally going to call this, “The way we smell to others,” but thought that might be misleading or inaccurate. Paul uses a very unusual illustration to make an important point in 2 Corinthians 2:12-17. The backdrop of the illustration was when he came to Troas to take advantage of an open door to preach the gospel. It was a trying experience, as he couldn’t find Titus there. He left them for Macedonia (12-13).

In chapter three, he is going to change metaphors. But, first, he describes their work of sharing the gospel as like God sending His fragrance through them which others evaluate or judge (14-15). The same message “smells” differently to the recipients, based on the receptivity and spiritual condition of those hearers (16). But Paul makes clear that their motives and message are not “rotten,” but if it is rejected it is because the listeners are perishing (17). Think about how so many could hear the Son of God Himself teach and preach, and thoroughly reject it to the degree that they even took Him and nailed Him to a cross!

When you share Jesus and the message of His saving grace with others, there will be those who find that “fragrance of Christ” (15) a “sweet aroma” (14). It will be so appealing to them that they leave their old life and follow Him, much as the men God chose to follow Him during His ministry. It’s attractive and satisfying. There are still so many with good, receptive hearts out there. We see that when we share Him.

However, be prepared for some to find that same message repulsive. It’s not what they want and not what they are after. Have you ever been sick in such a way that even your favorite foods nauseated you to smell them cooking? There is no more savory and appealing message than the Bible’s story of grace, but many will reject it anyway! It can leave us feeling so inadequate (16), but we must remember that it is not our message. It is Christ’s message. Our job is simply to spread it with personal integrity, honesty, and righteous motivation. His word will work its power on those who seek their satisfaction in Him.

Many Americans have recently been recipients of a stimulus check. Quite a few have taken that and made some big purchases or padded a savings account or used it for much-needed relief. Whether or not this stimulus was an economically sound decision, most have seen it as a well-timed gift that – at least in the short term – has lessened some of the difficulties of this pandemic. It was designed to bring relief, and for many it has.

We often look at salvation as something we received at baptism (which we did, I Pt. 3.21, Acts 2.38, Col. 2.12-14). We are grateful to have grace and a mediator for when we fall short as Christians, and this gift is not something we should ever take for granted.

When we think about how we got salvation, though, we don’t always think about the enormous amount of preparation that went into it. The ability to have our sin problem erased (Colossians describes it as a certificate of debt with legal demands in 2.14) is no small gift.

I Peter 1.10-12 says, “As to this salvation, the prophets who prophesied of the grace that would come to you made careful searches and inquiries, seeking to know what person or time the Spirit of Christ was indicating as He predicted the sufferings of Christ and the glories to follow. It was revealed to them that they were not serving themselves, but you, in these things which now have been announced to you through those who preached the gospel to you by the Holy Spirit sent from Heaven – things into which angels long to look.”

Briefly, I’d look to look at how this passage brings out the enormous value of salvation. Firstly, ancient prophets were told that this salvation was for future generations. They wrote about this while living under a far more difficult system of godly living, knowing that they would not be beneficiaries of that salvation.

Secondly, the early church benefited from the sacrifices and hardships of those who brought the message of salvation to them. It was valuable enough that those men were willing to assume that risk to give it to others.

Thirdly, angels – who, like the early prophets, are not beneficiaries of this salvation – were extremely interested in salvation.

If two of the groups mentioned here were not even beneficiaries but strongly desired to know more about it or recorded it for all time, what does that tell us about salvation’s value? Peter set up its value this way to encourage the early church to live holy lives.

Knowing just how valuable our salvation is should push us to live like we appreciate it! Not only does it have enormous value as a gift, the One who gave it wants us to have it. With that in mind, let’s cultivate greater appreciation and godliness because of the awesome gift of salvation. And if we know anyone who could use it, let’s pass the good news on to them, too. 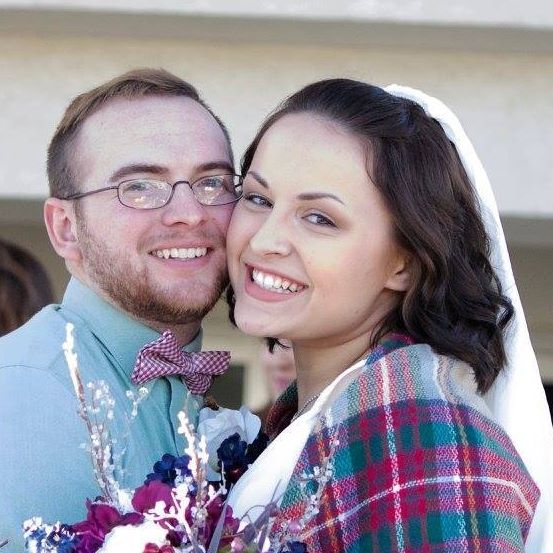 It is tempting to believe that an incredible recovery, acquisition of a needed job or asset, or escape from a major life issue is an example of the miraculous. In the religious world, a miracle is something a few believe can be invoked with prayer, a special religious service, or even a social media post (“pray that ______ will be healed by a miracle from God”).
Despite living in an age where notions of the supernatural are considered unscientific or are chalked up to circumstances we simply don’t understand yet, there is still much confusion surrounding the miraculous.
Miracles served a specific purpose both in the Old and New Testaments: they were designed to glorify God. Parting the Red Sea, striking a rock to get water, a talking donkey, an endless supply of oil and flour, the sun standing still, and all of the other miracles were – by design – impossible to perform without divine help. The Hebrew word for miracle meant “a sign or wonder” (Hebrew & Aramaic Lexicon of the Old Testament). Its purpose was to prove to the recipient that God was in control, was all powerful, was perfect, righteous, to be feared, and to be obeyed. Miracles were also used to prove that someone’s message was actually from God or that God was with them.
In the New Testament, miracles served to prove that Jesus was the Son of God and that the Apostles’ message was certainly from God. Water was turned into wine, the dead were raised, sicknesses were healed, people who were uneducated could suddenly speak multiple languages, predict the future, read someone’s mind, etc. The Greek word for miracle meant “a deed that exhibits the ability to function powerfully” (BDAG 263). These deeds were impossible to perform without God’s help, and they served a specific purpose: to prove that a message came from God, or to prove that a purpose originated with God.
While it certainly is a nice sentiment that an otherwise unlikely recovery or escape is an example of the miraculous, it’s important to remember that miracles served a specific purpose no longer relevant to our time. We no longer need miracles to prove our message comes from God because we have His complete and perfect word in scripture (I Corinthians 13).
Not having miracles in our world may be a downer to some, but we have this to look forward to: a place without sin for those who die faithful (II Peter 3.13). A place without death for those who die in Christ (Revelation 20.14). A place without sorrow for those who sleep in God after a lifelong battle in this sinful world (Revelation 21.4).
Miracles existed because this world is fallen (Romans 8). Their purpose was to demonstrate God’s power over Satan and sin in a world characterized by all that cannot coexist with goodness. Those who are living life in view of the next find hope and comfort in the miracle of Scripture, the miracle that will bring us home if we follow it.

The title above, PRCHNG1, was once the vanity tag on a truck I owned. When in 2004 I said a sentimental goodbye to the “Black Bullet” (as Kathy affectionately named my 1985 Chevrolet Custom Deluxe pickup, which I traded in on a “new” 1992 Dodge Dakota), I transferred the tags down at the DMV.

As I picked up a number at the front counter, I had my tags in hand, and the receptionist saw them. It launched an interesting conversation.

I was puzzled and said so.

She said, “Your tags. How long have you been parachuting?”

You may have surmised by now that my tag stood for “Preaching One.” I worked with DMV originally to find something that gave that clue. “Preacher,” “Mr Preach,” “Preacher,” and several others were already snagged. So I settled on “PRCHNG1.”

I thought it was clear, but apparently my fellow motorists either thought I was in some airborne division or maybe purchased hand guns. I don’t know.

As Christians, we’re told to be salt, light, and leaven, to clearly point others to Jesus.

When others see your works (cf. Mat. 5:16; 1 Pet. 2:12), do they conclude that you are a Christian? Or does the general tone and slant of your life lead people to contrary conclusions?

Be careful! Others are watching us, and they make assumptions about our character and lives by what they see. Let us make it plain (cf. Hab. 2:2)! 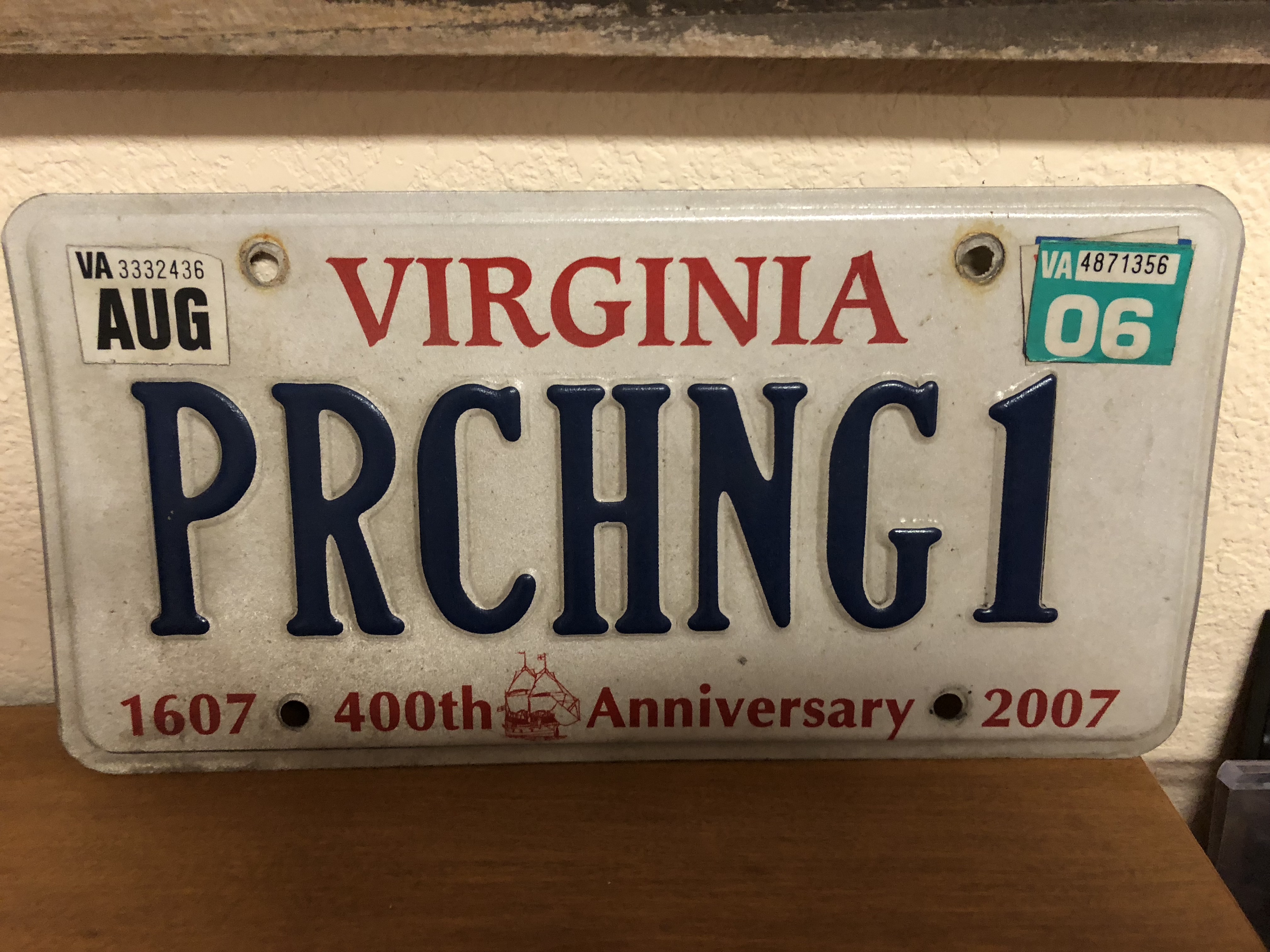 It is easy to arrange things in the local congregation so that the church fails to grow. But, the Lord wants His body to grow. The early church grew (Acts 6:1,7; 9:31). A growing church reflects a church on fire for the Lord’s mission (Mat. 28:18ff) and in focus with the Lord’s desire (2 Pet. 3:9). May we overcome these church-shrinking tendencies and build a great church!