While there are doubtless men who wear the name “elder” that do not meet the biblical qualifications, many of the church’s greatest heroes and biggest assets are her shepherds. I have been privileged to serve under a total of 21 elders in 26 years of full-time preaching, and what I am about to say applies to each of them. Part of their work is public and visible, but I dare say so much more of it is conducted before the eyes of only a few or one sheep or even at times only before the eyes of God. My experience with elders is that they are humble men and they will never tell you what I am about to tell you.  Here are a few things elders wish all members knew about them.

In an elders meeting last night, one of our shepherds was asked to read Hebrews 13:17. The elder chairing the meeting said, “This passage encourages me.” The elder who read said, “This passage frightens me!” As each of them discussed the sober meaning of that passage, I thought back to things I’d seen each of them do recently. It made me so thankful to serve under an eldership that takes their work seriously. Are they perfect men? Impossible! Are they God’s men? Absolutely! Please pray for the eternal work elders do in congregations around the world every day! 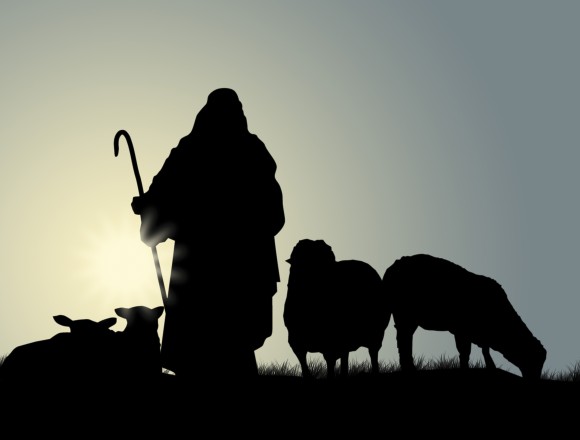 Has a preacher ever been motivated by finance, popularity, or fame? Has an elder ever been motivated by power, influence, or notoriety? Has a Christian ever served in any way for notice, accolades, or to satisfy pride? In individual cases, it’s so hard to tell (ultimately, it’s impossible). But, knowing human nature, we would have to say motivation can be tainted and corrupted.

Paul says as much of preachers, that they preached Christ from envy, strife, and selfish ambition (Phil. 1:15,17). Greed propels some preachers (1 Th. 2:5; 2 Pet. 2:3,14). Woe to the preacher who falls into traps like those! He may do harm in this life, but it cannot compare to the ultimate harm he does to himself and others. Peter calls out elders who he says serve for sordid gain or on a power trip (1 Pet. 5:2-3). Woe to the elder who serve from such a base motive! He will not joyfully anticipate the appearing of the Chief Shepherd (cf. 1 Pet. 5:4)! Christians have been led by their appetites and an earthly mindset (Phil. 3:19). Woe to the Christian who serves God for selfish reasons. Such will not be able to successfully endure their spiritual race.

Sometimes, our words and actions betray our motives and intentions. So often, what gets in the way is self— self-service, self-will, self-interest, self-indulgence, self-importance, selfish ambition. It leaves a sour taste and sounds ugly when said. It is manifestly unattractive to even read the words. It is detestable when witnessed in others. But “self” is such an impediment to spiritual service.

I don’t know why anyone else is serving Jesus. But I need to be careful to examine myself. How terrible to let my speech and actions be the cause of anyone questioning what moves me to render any act or service. Let our goal be to live so selflessly that no one has legitimate cause to ask why we do what we do in God’s Kingdom. Paul contrasts Timothy with others, saying, “ For they all seek after their own interests, not those of Christ Jesus” (Phil. 2:21). Let’s be a Timothy, moved by a genuine concern for others (Phil. 2:20). That’s just what this cynical world needs to see!

To borrow the words of our own Mike Bennett, “Excuse me?”  An AP story published this morning is so thick with irony it is palpable!  Two people were arrested and put in jail on Tuesday in Washington, Pennsylvania.  They were two community organizers “with a local Stop the Violence group” and they “severely beat a former roommate with whom they had a property dispute” (via FoxNews.com).  They “allegedly jumped the man as he was walking down the street on Tuesday. Police say the defendants kicked the victim as he was unconscious…” causing injuries too gruesome for me to describe here.  The female defendant “was still wearing the same ‘Stop the Violence’ T-shirt that she had on the night before when she led a march in the city protesting two recent shootings” (ibid.).  “The victim remains in critical condition” (ibid.).

Could there be a clearer example of hypocrisy from the world?  We have seen or heard of the environmentalist driving the gas-guzzling SUV and the televangelist having an adulterous affair, but the peace protestor beating up somebody?  That’s very unattractive!

It is also a reminder to us as Christians about practicing “true religion…unstained by the world” (Jas. 1:27).  Not only are we ineffective, we are counterproductive when we claim to wear the name of Christ and then defame it by our words and deeds.  What about mouths praising God in worship on Sunday profaning man at work on Monday?  What about hands shaking hands or embracing fellow Christians one day then typing in ungodly websites or texting someone not our spouse in sexually suggestive ways the next?  What about words of kindness to each other when we meet followed up by slandering speech about each other or those in the world when we are away from the assemblies?

A few years ago fifty miles southeast of Indianapolis in Andersonville, Indiana, two neighbors were found dead of gunshot wounds.  The bizarre finding of police investigators is that they fatally shot each other.  Indiana State Police Sargeant Noel Houze Jr. explained, “They just shot each other in an exchange of gunfire and both of them died of fatal gunshot wounds.”  She was 29 and he was 64.  They knew each other, but no one has come forward with any details about motives or explanations.

The imagination runs wild, though facts do not follow behind it.  What makes two neighbors mad enough to draw guns and engage in a gun battle?  What could be serious enough to escalate a dispute to this level (AP wire, 8/17/07)?

Conflict is an inevitable part of human relationships.  Normally, the better we know someone the more likely disputes will be and the more heated or passionate they can become.  The hope is that civility and courtesy can prevent hostility and homicide!

Luke records a dispute among the apostles, that “an argument started among them as to which of them might be the greatest” (Lk. 9:46).  The same Greek word translated “argument” in that passage Jesus  modifies with an adjective to teach that “…from within, out of the heart of men, proceed the evil thoughts, fornications, thefts, murders, adulteries…and defile the man” (Mk. 7:21,23b).   Arndt and Gingrich, since this noun is used, suggest that the idea is stronger than merely bad thoughts, but “evil machinations” (186a).  Thus, schemes and plots that begin in the heart, that are fed, nursed and stoked, can play out in all the ways Jesus enumerates in Mark seven.

From these two passages come a warning about two areas of life–motives and heart.  A bad motive and evil heart open the door which allows conflict to escalate and grow.  These conflicts may not end in shotgun blasts, but estrangement, divorce, isolation, division, or character assassination.  In trying to deal a hurtful blow to our opponent, we may find ourselves mortally wounded, too.   What a needed reminder to guard our hearts, watch our motives, and control ourselves!