Has a preacher ever been motivated by finance, popularity, or fame? Has an elder ever been motivated by power, influence, or notoriety? Has a Christian ever served in any way for notice, accolades, or to satisfy pride? In individual cases, it’s so hard to tell (ultimately, it’s impossible). But, knowing human nature, we would have to say motivation can be tainted and corrupted.

Paul says as much of preachers, that they preached Christ from envy, strife, and selfish ambition (Phil. 1:15,17). Greed propels some preachers (1 Th. 2:5; 2 Pet. 2:3,14). Woe to the preacher who falls into traps like those! He may do harm in this life, but it cannot compare to the ultimate harm he does to himself and others. Peter calls out elders who he says serve for sordid gain or on a power trip (1 Pet. 5:2-3). Woe to the elder who serve from such a base motive! He will not joyfully anticipate the appearing of the Chief Shepherd (cf. 1 Pet. 5:4)! Christians have been led by their appetites and an earthly mindset (Phil. 3:19). Woe to the Christian who serves God for selfish reasons. Such will not be able to successfully endure their spiritual race.

Sometimes, our words and actions betray our motives and intentions. So often, what gets in the way is self— self-service, self-will, self-interest, self-indulgence, self-importance, selfish ambition. It leaves a sour taste and sounds ugly when said. It is manifestly unattractive to even read the words. It is detestable when witnessed in others. But “self” is such an impediment to spiritual service.

I don’t know why anyone else is serving Jesus. But I need to be careful to examine myself. How terrible to let my speech and actions be the cause of anyone questioning what moves me to render any act or service. Let our goal be to live so selflessly that no one has legitimate cause to ask why we do what we do in God’s Kingdom. Paul contrasts Timothy with others, saying, “ For they all seek after their own interests, not those of Christ Jesus” (Phil. 2:21). Let’s be a Timothy, moved by a genuine concern for others (Phil. 2:20). That’s just what this cynical world needs to see! 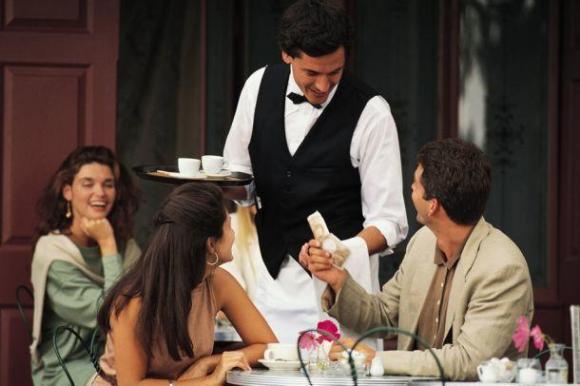