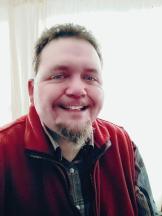 Someone asked if traffic had increased on our little country road. My mother replied that we had more traffic than the nearby town. This response is an example of hyperbole. Hyperbole has long been used rhetorically for effect. So, was my mother lying? It seems that in recent years some are equating hyperbole to lying. Critics routinely called our nation’s previous president a liar because of his frequent use of hyperbole. Reuters published an article in 2015 about how the president’s habit, as extolled in his Art of the Deal, might backfire against him (Flitter and Oliphant). They were correct.

Consider the treatment that the word “hyperbole” receives from Webster’s Dictionary, as demonstrated in the original 1828 edition and 2021 online version. The former is more nuanced.

“In rhetoric, a figure of speech which expresses much more or less than the truth, or which represents things much greater or less, better or worse than they really are. An object uncommon in size, either great or small, strikes us with surprise, and this emotion produces a momentary conviction that the object is greater or less than it is in reality. The same effect attends figurative grandeur or littleness; and hence the use of the hyperbole which expresses this momentary conviction.” (Webster)

And here is what Merriam-Webster tells modern students of English:

In other words, as noted by Daniel Webster himself, hyperbole might reflect one’s emotional state rather than a conscious decision to deceive. However, the successful use of hyperbole requires an unbiased and knowledgeable audience. In other words, they must be able to understand you are exaggerating for effect.

Even so, we admit people can use hyperbole to manipulate. Perhaps, this is the type of hyperbole usage that caused President Trump’s political enemies to call him a liar. For example, was he the “best jobs president?” He did create an economic environment that led to historic job growth. However, if God allows time and the United States to continue, another president may create even more jobs. Hence, we can only qualify his statement. The truth as to whether his message is a lie boils down to intent, which may be something requiring omniscience to determine.

We asked at the outset, with our title, whether hyperbole is a sin. It might be helpful to know that the Bible contains hyperbole. Jesus used hyperbole in Mark 10.25.

“It is easier for a camel to go through the eye of a needle than for a rich man to enter the kingdom of God.” (NASB1995)

How would you qualify our Lord’s speech? Was He lying? Certainly not!  Clearly, He is using exaggeration for rhetorical effect. In the latter case of hyperbole cited, He says that you should be willing to do whatever it takes to enter heaven, even if it seems unreasonable or extreme to you since your entry into heaven is of greater importance than anything sacrificed.

If people equate hyperbole with lying today, it seems more likely an indictment of our public education system’s failure or an unwillingness to evaluate the intended purpose of its usage fairly. Someone may be acting too nitpicky. But we do remind the Christian desirous of communicating the Gospel to others that Paul commands us to ensure our speech’s soundness is beyond reproach (Titus 2.7-8). There are groups with whom we must exercise caution since they take things literally, primarily children and those on the autistic spectrum. Neither should we use hyperbole derogatorily since James cautions us not to use the same tongue to praise God while cursing men (James 3.8-10). Otherwise, our hyperbole use may be the greatest seasoning we can add to our speech when making a point. As with all communication, it is best to season it with grace (Colossians 4.6).