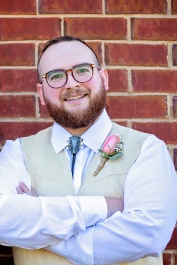 How important is encouragement? Winston Churchill understood its importance. It kept the morale of Great Britain high enough to not only survive the Blitzkrieg, but also link together as a country to defeat the Axis Powers. Hitler understood its importance – with it (by way of propaganda) he brought his country out of a decade or so long depression. Even the world’s worst people understood the value of encouragement.

In the church, it is no different. Only, instead of facing a corrupt and violent world power, we face the Father of Lies and his army. This is a much more daunting enemy – but that is not all. We face discouragement in the church, we face rivalries, bitter jealousy, division over doctrinal matters, personality clashes, etc.

Sometimes we find ourselves overwhelmed when we face these things – and for good reason! But this is why encouragement is so vital. England faced incendiary bombs and widespread death of their fellow countrymen. Germany faced severe poverty. What did it take to help these countries succeed? Encouragement. What will it take for us to overcome the challenges of being a Christian? Encouragement.

In all of these cases, boosting morale did not magically happen. A respected individual got in front of the people and commended and encouraged them – this made all of the difference. Notice how Britain did during Churchill’s time as Prime Minister: they rallied themselves and helped defeat the Axis Powers in a short period of time.

As Christians, we have to be the voice of encouragement for our brothers and sisters. When the church is unified toward a single cause and stands together for truth, she is far more successful than one bogged down in discouragement and strife.

As we go about our lives, let us employ the mindset of encouragement, while seeking to create unity and high morale among our family. It may just make the difference in the eternal state of many people.

“Therefore encourage one another and build up one another, just as you also are doing” (1 These. 5:11).