It hurts and it’s hard to become attached to anyone who isn’t living faithfully because they’re lost. That means they’re not going to heaven. Sometimes lost people pretend like that’s not their reality by distracting themselves with things that make them feel like they’re not lost (Ecc. 2.24-25).

What can we do?

We can simplify spiritual concepts so that people can understand a message that they desperately need to hear.

Please don’t let anything get in your way of going home. If you think something might be in your way, God can use us to help you. There are more things to fear than Covid, vaccines, tornados, elections, and riots.

Everybody responds to the invitation that Jesus extends. Many choose to say no— but nobody ever regrets saying yes.

To you, responding might be a personal resolve and commitment to christ.

Beware the DarkSide. No, that’s not a Star Wars reference. Just a few short weeks ago a cyber-gang who call themselves the “DarkSide” hacked the Colonial Pipeline and sparked a string of panic buyers to funnel jugs and containers full of gasoline. On May 7th the hacked pipeline authorized the ransom sum of $4.4 million to be transferred to the gang to try and settle this concerning situation. An odd spree of events and details shroud this whole thing and for those of us not familiar with the technological aspects, it seems even more unsettling. As Christians it’s okay to keep an eye on the latest events and protect yourself and family, but our watchful eyes would be far better put to use when it comes to our homes, personal faith, and church families. Take a look at what Jesus said in Matthew 7:15.

“Watch out for false prophets. They come to you in sheep’s clothing, but inwardly they are ferocious wolves.”

There are false prophets and messages everywhere in our world. They’re doing their best to hack into our spiritual lives and they’ve been successful at doing so. When our guards are down they blend in with the flock and disguise themselves with a counterfeit truth. Thankfully our Savior gives us the solution to uncovering their scheme before they get the chance. He says, “By their fruit you will recognize them…” We have an assurance given to us in Matthew 7:16 which guarantees we will not become a victim of these spiritual hackers. The wolves seek to drag us to the dark side, but with a watchful eye and the protection of the Father they can’t succeed. You won’t see any of this covered in the News but the good news is we have the Good News. It’s powerful and it’s always accurate. Be on the alert and stay watchful for the things that deserve the energy and our attention.

John warns, “For many deceivers have gone out into the world…” (2 John 7). The particular deceiver in that passage denied that Jesus came in the flesh. Looking at the religious landscape today, John would no doubt repeat himself. There are so many deceivers who are leading people away from the truth of Christ and about Him. Consider several identifying marks of false teachers, which the Holy Spirit makes known.

Preachers (and teachers), have backbone. Preach the truth, even if it is difficult and opposed. Have faith. Whatever it costs to be faithful to the Word, know that heaven will surely be worth it all. Have conviction. Do not let circumstance determine content (2 Tim. 4:2-5). 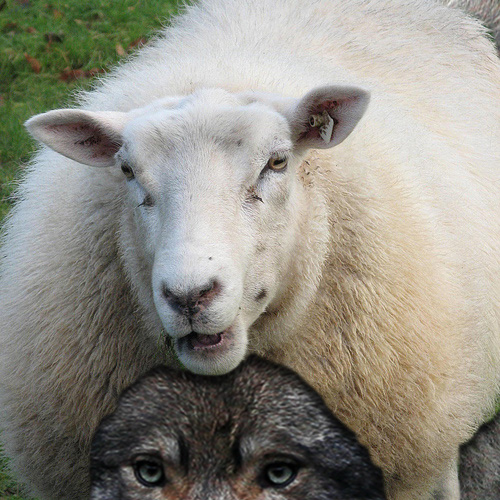 When speaking of the work of elders, there are multiple aspects of his work and his life outlined in Scripture.  He is an “elder” (“A person of responsibility and authority in socio-religious matters,” Louw-Nida, 53.77; “being relatively advanced in age, older, old,” BDAG).  He is a “pastor” or “shepherd” (“To care for, provide,” WSNT, Zodhiates; “To care for the congregation…to seek the lost…and to combat heresy,” TDNT, Kittel, et al, eds.).  He is an “overseer” (“one who serves as a leader in a church…caring for the needs of a congregation as well as directing the activities of the membership,” Louw-Nida, 53.71).  His qualifications are seen in 1 Timothy 3 and Titus 1, his relationship to the membership seen in such passages as 1 Thessalonians 5:12-13 and Hebrews 13:7,17, and his authority in such passages as 1 Timothy 5:17, but among the three designations identifying him nothing may be more pressing and important than his leadership.  Too often, preachers or other influential members fill the vacuum and void of leadership left by elders who fail to assume this role.  When this happens, God’s pattern for church life is not followed.

Wendell Winkler once wrote, “Leaders cannot lead where they do not go anymore than they can come back from where they have not been.  They influence some by what they say, more by what they do; but, most by what they are” (Leadership: The Crisis Of Our Times, 15).  Citing the example of Isaiah, Franklin Camp wrote, “Isaiah’s response (to God’s question in Isa. 6:8, NP) was as though he were afraid that someone else might volunteer before he did. This attitude is that of which real leadership is made. When there is a challenge placed before the church, read leaders, like Isaiah, are ready to accept it” (Principles and Perils of Leadership, 50). Then, J.B. Myers adds this, that “a leader is one who guides others and directs a course of action. Fundamental to leadership is the willingness to take the initiative in behalf of a group, such as the church” (Elders and Deacons, 166).  These and other men have written books or articles, preached sermons, and taught classes urging the church’s elders to be leaders.  The need is as great today for this as ever!

How can elders effectively lead today?

Love.  Be tender and compassionate, as a shepherd. Be gentle and wise, as an elder.  Be faithful to God’s will, loving Him first, as a leader.

Exemplify.  Study and follow the example of the Great Shepherd.  Have a long track record of righteous living, as an elder. Show before you tell as a leader.

Admonish.  Realize the care attached to warning, as a conscientious shepherd. Summon the benefit of experience, as an elder, to be reminded of the abject neglect attached to ignoring sin “in the camp.”  Appreciate that sheep need a clarion, understandable voice from the leaders.

Decide.  Know that confusion and scattering lies in the wake of an indecisive shepherd. Trust the accumulation of wisdom gained as one who has reached the age befitting an elder. Grasp the connection between decisiveness (even if unpopular) and leadership.

Bigger, stronger congregations hinge upon good, godly leaders.  The faithfulness of Christians rests in the hands of capable leaders. Evangelism flags and fails minus the sure guidance and equipping of leaders.  Pray for every elder everywhere to L.E.A.D.!

Elders are not infallible, and most of the men I’ve known who serve as elders do not think they are.  On the whole, the rank and file of elders I have known are humble, selfless, sacrificial, magnanimous, and spiritual men who embrace the often difficult work of herding and leading that often strong-willed species of us known in biblical terms as “sheep.”  They are so often second-guessed and may be the most commonly backbitten group of people among God’s people.  I have found that there are a few—sadly too often a “vocal minority”—who, in practice, are hesitant to submit to eldership’s decisions.  In my experience, here are some of the reasons why:

Such attitudes are very frustrating to encounter.  I would go so far as say that these are bad attitudes.  They reflect more on the sheep than the shepherds. Here is what they often fail to understand:

The vast majority of elders are sensitive to the concerns and objections they hear from the sheep.  Should we not exercise an equal measure of humility, selflessness, sacrifice, magnanimity and spirituality in our words and attitudes regarding our shepherds?  Remember, “Obey those who rule over you, and be submissive, for they watch out for your souls, as those who must give account. Let them do so with joy and not with grief, for that would be unprofitable for you” (Heb. 13:17).