Sometimes our television plays to an “empty room.” People are present; they just are not paying attention. I suppose you could say the television just serves to offer “background noise” on those occasions. Today, an action-type show played on a broadcast network. A childhood favorite was playing. Though I might be accused of “hassling the Hoff,” I noted, as an adult, the show I enjoyed as a child was replete with terrible acting from the show’s star and the supporting cast. The only character that retained an air of sophistication was the car voiced by William Daniels. Even with KITT, though, it wasn’t that “he” had great lines, but a great accent.

I couldn’t help but think of Paul’s words to the brethren of Corinth.

I will explain this verse in its context before I make application of it. In the immediate context of Paul’s discourse on spiritual gifts in 1 Corinthians 12-14, Paul was comparing their reliance on spiritual gifts such as tongue-speaking to being like a child. Love was the more excellent way (1 Corinthians 12.31ff). The spiritual gifts would pass away. Love would be what would guide the church after the miraculous age had passed. Rather than quibble over who had the best spiritual gift, they needed to grow up and be motivated by love.

Within the context of the epistle, though, Paul’s words in our text serves as a reminder to Christians that a failure to mature as we should, signifies a childish mind (1 Corinthians 14.20).  Only in one’s desire to sin is such a childish disposition a positive, since it’s childlike innocence which epitomizes the ideal child of God (Matthew 18.3). Thus, we are innocent like children, but stay like adults in our thinking.

This brings me back to Knight Rider. Why did the show make me cringe? I know some might accuse me of being quite capable of immaturity. Nevertheless, I am an adult now. I see things like plot holes. I can tell I am watching D-list actors. And the entire premise strains credulity. In the episode airing, Michael and KITT had gone to a South American country whose American advisor was imperiled by a coup begun during a volcanic eruption. They were responsible for safely extracting this advisor.  Naturally, they accomplished their task with little difficulty within the hour.

Now, let us bring it on home where it counts. How many Christians are easily swayed by the smooth words of a false teacher because he plays on those things appealing to an immature mind? How many base their convictions on how they feel instead of a “thus saith the Lord?” The Hebrews writer admonished his recipients to stop being milk-drinkers so that can tear into the solid food found in God’s Word (Hebrews 5.12-14).  That takes spending time in prayer and Bible study.

In closing, I remind you of what God said to Job when He finally granted the latter the audience he had requested: “Now gird up your loins like a man…” (Job 38.3; 40.7).  May we heed those words also and make those needed adjustments to become the Christian men and women God would have us be.

Peter has a sobering warning for the church, writing, “But false prophets also arose among the people, just as there will also be false teachers among you, who will secretly introduce destructive heresies, even denying the Master who bought them, bringing swift destruction upon themselves” (2 Pet. 2:1). He warns them about the model, the methods, and the message of these men. The counterparts of these modern messengers is the false prophets of old.

Jeremiah lived at a time when such prophets flourished, and the result of their work was the destruction of the people. Jeremiah 23 is a graphic depiction of what God helped Jeremiah see as he looked at and listened to these sinful seers. Notice that in Jeremiah 23:9-40), he saw:

So many can have a message that sounds good, makes one feel good, but does no good! In fact, their message contradicts what God said in His Word. As we grow our Bible knowledge, it will help us see these messengers and their messages for what they are. God’s Word is a blessing to us, both now and eternally. But, measure their message against the Master’s. Embrace only the words that are from Him! Reject the words that come from them! 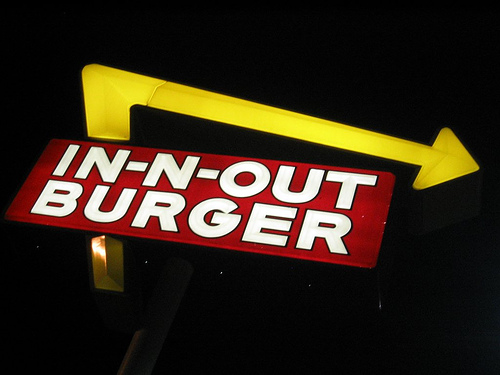 C.J. Schexnayer reports of the hilarious antics of some South Carolina football fans almost 54 years ago. It seems that a certain USC fraternity, Sigma Nu,  commandeered official-looking Clemson uniforms, chartered a bus and went to the Gamecocks’ stadium. They were able to fool the police, who let them go inside and run through the tunnel onto the football field. Clemson fans wildly cheered with enthusiasm as they welcomed “their team.”  Schexnayer writes, “On Nov. 11, 1961, with more than 47,000 spectators on hand in Colombia’s Carolina Stadium the group put their plan into action. As the bands warmed up for the game the Sigma Nus suddenly came streaming out the Southeast corner of the end zone as if they were the Clemson squad. They were accompanied by one prankster dressed as the Clemson’s folksy coach complete with a pillow under his shirt to approximate Howard’s girth…The Clemson band started playing the school’s fight song and the team’s fans began cheering for the group on the field they believed were their players. Everything seemed normal as the bogus Clemson squad assembled as if to do their warm ups. But after a few minutes, the group began to display some… problems.  The punter began kicking the ball behind him, running backs were doing somersaults at the line of scrimmage and everyone wearing orange seems incapable of holding onto the ball. The faux Frank Howard began spitting massive spurts of tobacco juice just about everywhere. Finally the whole group gathered in the end zone to perform ‘the most prissified dance you’ve ever seen’ according the participant’s accounts” (from http://www.footballstudyhall.com).  That story made me laugh, as I considered the creativity of those hijinxers! It got points for flamboyance, originality, and hilarity. Those poor Clemson fans!

Yet, something infinitely sobering takes place in our world today. There are people getting fooled into thinking that certain men who make out as though they are preaching the Bible who are teaching something different. It is false. They have ways to convince people who are otherwise intelligent, thoughtful, and undoubtedly sincere and committed. Paul says such preachers use “smooth and flattering speech” to “deceive the hearts of the unsuspecting” (Rom. 16:18). Peter says that some would introduce destructive heresies. He warns, “And in their greed they will exploit you with false words…” (2 Pet. 2:3). He says they are really slaves, yet they promise others freedom (2 Pet. 2:18). Again, it was Paul who pleaded, “Let no one deceive you with empty words” (Eph. 5:6).  Everyday and everywhere, people are getting sold a raw bill of goods. When they ask what to do to be saved, how to worship, about the end of the world, and how to live morally, they are told lies (cf. 1 Tim. 4:2). There is more at stake than pride and embarrassment. Too many people will not know they were deceived until the repercussions are eternally serious!

Watch out for imposters.  Jesus says they will sneak into other “uniforms,” too (Mat. 7:15). Listen closely, watch, and observe. As you study diligently, you will be able to distinguish between the fakes and the genuine article!

Ad consultant Peter Zollman issued a report in June 2014 saying that more than 40 slayings and 30 convicted killers have been linked to Craigslist (Stephanie Slifer, CBS News online, 1/28/15).  Robbery is most often the motive behind the crime. Parry Aftab, a lawyer who specializes in Internet privacy and security law, offers these precautions:

If you’re like me, you’ve used Craigslist many times and have lived to tell the tale.  We’ve not always followed all these rules, though a great many of them seem like common sense.  We’ve bought and sold and have had great experiences with decent, friendly folks.  The worst I can recall is that someone in our immediate family bought a vehicle from one less than forthcoming about all its flaws.

While these are very helpful public service tips, there is a danger far greater and much more common.  What is at stake is even more serious than the taking of physical life as it involves the soul.  The Bible warns about teachers who project themselves to be speakers of truth but are far from it.

So often, these teachers find those already looking for a cheap and easy message.  However, often they draw in sincere folks who allow themselves to be misled.  In either case, while God holds teachers responsible (Jas. 3:1), He also holds hearers responsible (Lk. 8:18; Acts 17:11; 2 Tim. 2:15).  We must make ourselves accountable for what we and our families hear—eternity is on the line!