This has been a beautiful spring. I cannot recall a time in recent memory when I’ve noted so many dogwood flowers in the trees. Our daffodils have been more prolific as well. There is phlox and violets blooming throughout the yard. Since I know that it is through nature that God first reveals Himself to us (cf. Romans 1.20), I could not help if wonder if what I have been seeing is providential. Think about it. We are in the midst of a pandemic and have been asked to shelter in place. What if God providentially boosted the fertility of the spring to grab the attention of all of the people stuck at home? It is a nice thought, isn’t it? Certainly, those who’ve inherited the earth (Matthew 5L5) would take notice of that.

Yet, the truth is, I cannot say this with any degree of certainty. My statement about this spring’s beauty is contingent on the amount of attention I have paid to it this year as well as the joy I’ve experienced having more time to spend outdoors since “normal” life has been shut down. The thought has occurred to me that maybe every spring is as beautiful, I’ve just been too busy or distracted to notice. Perhaps, there were plenty of equally beautiful things that had existed but went unobserved.

Maybe you’ve heard of “Schrodinger’s cat.” This is a thought experiment proposed by physicist Erwin Schrodinger, based on idea he had gotten from Albert Einstein. I won’t bore you with the details. Suffice it to say, a poor kitty is imperiled by two deadly things inside a closed box. After an hour, you check to see if the cat has died. As crazy as it sounds, quantum mechanics allows for the cat to be both alive and dead until such time as one makes an observation; that is, until he or she opens the box. It is at the point of observation that the fate of the cat goes from superposition to a single state. If you find the thought experiment flawed, you’re not alone. Other physicists thought that it was ridiculous that a cat’s fate was contingent on whether or not we observed it. The radiation or the poisoned air would have killed the cat long before we opened the box. Another camp gave it a many-worlds interpretation. In other words, they say that upon opening the box, you as the observer become entangled with the cat on a quantum level and you both continue on in a reality in which the cat is either alive or dead. Since there are two possibilities, two worlds result in which the cat is alive and the cat is dead.

I apologize if I thoroughly confused you. Fortunately, it is not the wisdom of man that saves, but the wisdom of God (1 Corinthians 1.19-21). However, I referenced the thought experiment in order to frame my concept of a “Schrodinger’s spring.” God’s natural laws lead to a rebirth every year that He gives as we go from winter’s death to spring’s life. Because Christ sustains this creation (Colossians 1.15-17), we know that the promise God made with Noah will be kept (cf. Genesis 8.22). Hence, there will be “seedtime and harvest.” Yet, as I admitted about myself, there have likely been many years when I have failed to observe this unfolding process. There is a sense in which I allowed myself to be taken into a different world, one devoid of the joy God’s creation brings. We can do this when it comes to many different things besides nature, can’t we?

When I fail to note God’s providence and majesty, I create a world for myself that lacks contentment and joy. I don’t look to become satisfied with the state in which I am (cf. Philippians 4.11-13), but waste my life yearning for something else. We see the difference taking a moment to express gratitude made in the life of one former, Samaritan leper. Jesus had already cleansed his flesh, but extended forgiveness to him in response to the gratitude he had shown (Luke 17.18). A thankful heart is more predisposed to recognize the blessings of God, including the provisions made for our salvation. This is why, as with the cleansed Samaritan, it prompts worship. In what other way can we respond but with that desire to prostrate ourselves at His feet?

The next time you see the smiling face of the a child or a colorful sunset, remember “Schrodinger’s spring.” God has certainly surrounded you with blessings. It may be that in the hustle and bustle of life you simply haven’t had the time to notice. Make observations and change your reality as well.

Jesus asked a lone, appreciative soul, “Were there not ten cleansed? But the nine–where are they? Was no one found who turned back to give glory to God, except this foreigner?” (Luke 17:17-18). They were terrified (13), terminal (12), transformed (14), but they were not thankful. They were saved, but to what end? They were selfish and not spiritual. God made them whole, and what did they do? They blended into the world when they should have blessed The Word.

Ingratitude increasingly characterizes man’s interaction with man–the etiquette of thank you cards is rarer, the feelings of loyalty and appreciation for the American military and first responders is waning, and many have forgiven themselves of the debt owed to generations past whose sacrifice has led us to national plenty. This is not all-inclusive and at times there are spikes of improvement and pleasant, positive change toward greater thankfulness.

Yet, since the time when Christ’s sandals kicked up dust in Palestine, people have failed to show gratitude to Him. that the ingratitude comes from those whom He saved from the devil’s disease and death is remarkable! Yet, we all struggle with that sin.

New Testament writers point out how grave an error ingratitude is. Paul warned about the “ungrateful” (2 Tim. 3:2) who would ultimately make no spiritual progress. God rejects as foolish and futile those who “glorified Him not as God, neither were thankful” (Rom. 1:21). Someone may ask, “Why make such a big deal about something so seemingly minor?”

Is it minor? If we’re not thankful to God, one or more things have occurred. (1) We are convinced there is no eternity and it’s all about here and now. (2) We have forgotten how it felt to be forgiven. (3) We believe that everything is about us and nothing is about anyone else, let alone God. (4) We have come to believe that sin is just no big deal. (5) We think we owe everything we have and are to no one but ourselves. No doubt, more answers could be postulated, but here is the bottom line. A failure to thank God for His abundant blessings makes one in more dire condition than any leper ever was. We may not be losing our extremities, our hair may not be turning bleach white, we may not have painful sores, and we may not be social outcasts. But, here is what has happened. Our heart is cold, our soul is endangered, we’re in denial, and we’re blinded to the realest of realities.

Won’t you say with David, “Enter His gates with thanksgiving And His courts with praise. Give thanks to Him, bless His name.For the Lord is good; His lovingkindness is everlasting and His faithfulness to all generations” (Ps. 100:4-5)? Stop and think how much you owe to God. Translate that gratitude into godly servitude. Give Him your best. Give Him yourself. Give Him your thanks.

“Every good thing given and every perfect gift is from above, coming down from the Father of lights, with whom there is no variation or shifting shadow” (James 1:17) 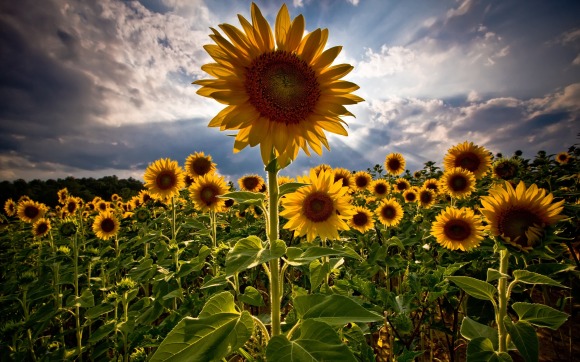 Oh the stories that song leaders and preachers could tell!  Often, when we sing such standbys as “I Love To Tell The Story,” “Rejoice In The Lord,” or “When We All Get To Heaven,” we do so with little visible enthusiasm or apparent joy.  If we sing devotional songs like “Thank You, Lord,” “Shout To The Lord,” or “I’m Happy Today,” are we conveying what we are saying?  Occasionally, in our humanity, we come into the assemblies burdened down with cares and problems.  There may be a powerful distraction nearby that makes concentrating on what we’re doing in worship more difficult.  No one knows more than me how misleading facial expressions can be as a reflection of what is in the heart.  Yet, I’ve seen some serial sourpusses and perpetual pouters who claim to be Christians.  As James was known to say, “My brethren, these things ought not to be so.”

It’s certainly not confined to when we’re engaged in worshipping in song or listening to the sermon.  It’s discovered in conversation.  Too many times, I’ve encountered Christians who are always disclosing the latest downer in their lives, the problems that pervade them, and the sadness surely saturates them!

Some of the most joyous Christians I’ve known have been more besieged by difficulties than anyone else.  They are even graceful enough to be able to talk about them—and, thus, not concealing their troubles—but with a perspective and positivity that reflects their abiding trust in the Great I Am.  Three times, Peter speaks to Christians who are distressed by various trials, enduring by faith, and sharing the sufferings of Christ and remarks on their remarkable rejoicing (1 Pet. 1:6,8; 4:13). Perhaps it was their “living hope” (1 Pet. 1:3).

Maybe our long faces are not due to any particular problems, and of all people on earth we, especially in America, are spared many of the trials and difficulties of those in poorer countries. It could be that we have disconnected ourselves from the source of joy.  Or, it could be that we have forgotten to practice gratitude and count our blessings.  Perhaps, we’ve gotten spoiled or concluded that being happy is the goal of life, and when this occurs we live with an expectation that others and circumstances should be oriented to make us feel good, content, or satisfied.

Let’s challenge each other to wear a smile, to work more at expressing our joy, and to win the battles in the heart that keep us from being characterized by winsomeness and positivity.  By this, we’ll be a billboard for Christ and a blessing to everyone else. 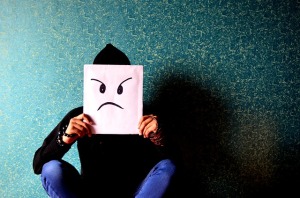 Life, love, happiness, and health,
Water, worth, worship and wealth
Food, faith, dogs and dreams
Smiles, sunshine, singing and streams
Marriage, mothers, prayer and play
Friendship, flowers, tomorrow, today
Calvary, Christ, heaven and hope
Rain, resurrection, snow and soap
Family, frost, babies and birth
Books, baking, monkeys and mirth
Mountains, moonbeams, coffee and cake
Jokes, justification, serenades and steak
Aromas, affirmation, the dawn and the deep
Holidays, hiking, snuggling and sleep
Forgiveness, freedom, umbrellas and unity
Sports, service, internet and immunity
Jesus, joy, earth and eternity
Scripture, speech, fishing and fraternity
Prayer, pillows, picnics and Pickups,
Memory, mornings, happiness and hiccups
Whether obvious or subtle, earthly or spiritual
Why not create this euphoric, emphatic ritual
Count blessings and name them, you’ll never run out
In the process you’ll challenge your most serious doubt
God doesn’t have to, but He gives a continuous lift
When did you last thank Him for His every good gift?
The more that you dwell on them, the longer the list,
Engage in this enjoyable exercise and you’ll insist,
There’s no God like Jehovah, never was, never will be,
Add up your assets and this you’ll undoubtedly see.