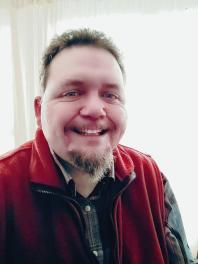 Sometimes our television plays to an “empty room.” People are present; they just are not paying attention. I suppose you could say the television just serves to offer “background noise” on those occasions. Today, an action-type show played on a broadcast network. A childhood favorite was playing. Though I might be accused of “hassling the Hoff,” I noted, as an adult, the show I enjoyed as a child was replete with terrible acting from the show’s star and the supporting cast. The only character that retained an air of sophistication was the car voiced by William Daniels. Even with KITT, though, it wasn’t that “he” had great lines, but a great accent.

I couldn’t help but think of Paul’s words to the brethren of Corinth.

I will explain this verse in its context before I make application of it. In the immediate context of Paul’s discourse on spiritual gifts in 1 Corinthians 12-14, Paul was comparing their reliance on spiritual gifts such as tongue-speaking to being like a child. Love was the more excellent way (1 Corinthians 12.31ff). The spiritual gifts would pass away. Love would be what would guide the church after the miraculous age had passed. Rather than quibble over who had the best spiritual gift, they needed to grow up and be motivated by love.

Within the context of the epistle, though, Paul’s words in our text serves as a reminder to Christians that a failure to mature as we should, signifies a childish mind (1 Corinthians 14.20).  Only in one’s desire to sin is such a childish disposition a positive, since it’s childlike innocence which epitomizes the ideal child of God (Matthew 18.3). Thus, we are innocent like children, but stay like adults in our thinking.

This brings me back to Knight Rider. Why did the show make me cringe? I know some might accuse me of being quite capable of immaturity. Nevertheless, I am an adult now. I see things like plot holes. I can tell I am watching D-list actors. And the entire premise strains credulity. In the episode airing, Michael and KITT had gone to a South American country whose American advisor was imperiled by a coup begun during a volcanic eruption. They were responsible for safely extracting this advisor.  Naturally, they accomplished their task with little difficulty within the hour.

Now, let us bring it on home where it counts. How many Christians are easily swayed by the smooth words of a false teacher because he plays on those things appealing to an immature mind? How many base their convictions on how they feel instead of a “thus saith the Lord?” The Hebrews writer admonished his recipients to stop being milk-drinkers so that can tear into the solid food found in God’s Word (Hebrews 5.12-14).  That takes spending time in prayer and Bible study.

In closing, I remind you of what God said to Job when He finally granted the latter the audience he had requested: “Now gird up your loins like a man…” (Job 38.3; 40.7).  May we heed those words also and make those needed adjustments to become the Christian men and women God would have us be.