I served the Livingston Police Department in Sumter County, Alabama, as a reserve officer for two years. I had a uniform and a badge, though the service I rendered was as chaplain.  The relationship between law enforcement and citizens there was very positive, but I remember talking with officers about the media bias and agenda of liberal politicians they witnessed locally and nationally. This was nearly a quarter century ago, long before the advent of social media and nearly omnipresent camera phones and videos which can be deceptive both for what they show and what they do not. In light of baffling events in Dallas, Texas, and Baton Rouge, Louisiana, in the last few weeks, as well as the inane calls to defund police, it is hard not to think that huge numbers of people have been duped by political rhetoric and a thoughtless mob mentality. While no profession can be completely free of corrupt individuals (who should be found out and prosecuted with full vigor), the existence of law enforcement and peace officers is a vital cog in the wheel of civilization and order in society. Eliminating these agencies is tantamount to removing a fence keeping a pack of bloodthirsty pit bulls from a neighboring playground full of children.

It is a characteristic of worldliness to disdain authority.  The Christian’s attitude and response is to be different. To Christians living in a world with not a fraction of the liberties we enjoy in society today, Paul instructed, “Every person is to be in subjection to the governing authorities. For there is no authority except from God, and those which exist are established by God. Therefore whoever resists authority has opposed the ordinance of God; and they who have opposed will receive condemnation upon themselves. For rulers are not a cause of fear for good behavior, but for evil. Do you want to have no fear of authority? Do what is good and you will have praise from the same; for it is a minister of God to you for good. But if you do what is evil, be afraid; for it does not bear the sword for nothing; for it is a minister of God, an avenger who brings wrath on the one who practices evil. Therefore it is necessary to be in subjection, not only because of wrath, but also for conscience’ sake” (Rom. 13:1-5). There are sobering, inescapable truths here which should be revered by those who are servants of God. God is mentioned five times in these verses, and He is intrinsically tied to earthly authorities. They are from God (1), established by God (1), an ordinance of God (2), and ministers of God (4).

In 2 Timothy 3, Paul tells us the earmarks of difficult times. So many of these traits are evidenced in the growing anarchy of the present day—revilers, unloving, irreconcilable, without self-control, brutal, haters of good, treacherous, and reckless (1-4).  In addition to such attitudes and actions being sinful, they are too often misguided. Police are symbols of law and order, and they are easy targets for those who commit or are effected by lawlessness. It seems that more of our passion and animus should be directed toward criminals and less toward our crime stoppers.

Let us take to heart Peter’s counsel to persecuted Christians and “submit [ourselves] for the Lord’s sake to every human institution, whether to a king as the one in authority, or to governors as sent by him for the punishment of evildoers and the praise of those who do right. For such is the will of God that by doing right [we] may silence the ignorance of foolish men” (1 Pet. 2:13-15). If we can rationalize and argue away this Bible truth, why can we not do the same with any other timeless principle of Scripture? May God help us all to hold tightly to the Light of the Bible, that the world may see how it should respond in this troublesome world. 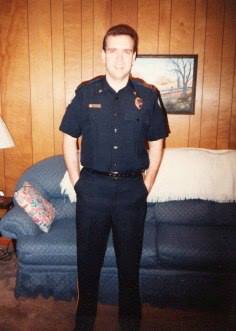 There was a disappearance and a murder confession.  So, the last thing police expected when they stopped at “Mrs. Schneider’s” apartment in Dusseldorf, Germany, was to find the 1984 murder victim, Petra Pazsitka, talking to them.  Thus began the unraveling of an elaborate plot by Ms. Pazskitka to disappear and reemerge with a new identity.  She was successful for 31 years, living in several West German cities without a passport, driver’s license, and social security card. She supported herself by “living off illicit cash-in-hand work” (via uk.news.yahoo.com). Why did the college student who had just completed her thesis on computer languages leave the grid and go into hiding? So far, there has been no explanation given. Perhaps there will eventually be more details and insight into this bizarre situation, but for now a grief-stricken family can take some measure of comfort in knowing their loved one they thought was dead is alive.

Spiritually, we are surrounded by the living dead.  It is the result of choices they’ve made.  This is even true for some who have abandoned God’s family and reemerged in the world having cast off the privileges and position of that honorable name they took on when they were baptized into Christ.

Paul says, “The mind set on the flesh is death” (Rom. 8:6). He tells Timothy, “But she who gives herself to wanton pleasure is dead even while she lives” (1 Tim. 5:6). God diagnosed an entire church, Sardis, “having a reputation of being alive” as being dead (Rev. 3:1). Of course, nothing illustrates the point better than Jesus’ parable of the Prodigal Son.  The younger son was off in the “far country,” and through that lifestyle he reached the point of desperation and despair. He repented and came home, where his father declared “my son was dead and is alive again” (Luke 15:24).

Sometimes, it makes no sense to us why a brother or sister leaves God’s family, abandoning spiritual life, hope, and heaven for spiritual death, hopelessness, and hell.  Yet, we must continue to search for them.  Let us pray that we can find those long since declared dead and encourage them so that we “save a soul from death and cover a multitude of sins” (Jas. 5:20). Search for them. Appeal to them. Help them reclaim the blessed identity they had when they had “life and peace” (Rom. 8:6).

Baltimore was the host of history yesterday.  Never, in nearly 150 years of professional baseball in America, has a regular season baseball game between two Major League teams been closed to the public.  I estimated the crowd inside Camden Yard to have been exactly zero fans in the stands, breaking Baltimore’s old record-low attendance of 655 on August 17, 1972, also against the White Sox.  There were fans behind the stadium gates in left-field and a small group gathered on the balcony of the Baltimore Hilton yesterday who could somewhat see the action, but their reaction as the home team won was muffled and faint as far as the players were concerned. The game was played this way because of the ongoing Baltimore riots, for the safety of fans and players.  The latter, when interviewed, talked about how eery and bizarre it was to play a game in front of no fans.

While we could chase the political and cultural rabbits stirred by the fact of those teams playing that game yesterday, let’s think about the players.  How hard is it to concentrate when you are on the field and can hear the sportswriters typing or the two scouts in the stands talking?  What’s it like to have success at the plate or on the mound and the appreciation be the deafening silence of the empty seats?  These guys make a whole lot of money, but, as Chris Davis said after the game, “When you’re rounding the bases, and the only cheers you hear were from outside the stadium, it’s a weird feeling. I’ll take any home run I can get at any time I can get it, but it’s definitely more fun when there are fans in the stands” (info via Dan Connolly, The Baltimore Sun online, 4/30/15, and baseball-almanac.com).  I think any of us could imagine how surreal and distracting that would be.

We are not running the Christian race to glorify self, for earthly accolades and recognition.  In fact, Jesus condemns such an approach to religion in Matthew six.  Yet, God knows how we are made, that we thrive on encouragement.  He tells wavering saints in Hebrews about the “great cloud of witnesses surrounding us” (12:1).  He mentions the crowd in the midst of the metaphor of running the race. While we cannot hear or see those referenced there, we can be audible and visible support for each other—strengthening weak hands, feeble knees, and heal others (12:12-13).  We must cheer each other on and “encourage one another and build up one another” (1 Thess. 5:11).  The world will not applaud us for standing up for what’s right and living the way God instructs. But, we have each other.  It’s not the size of the crowd, but the vociferousness of the cheering, that will make the difference.  Let’s be fans of one another, today and every day. 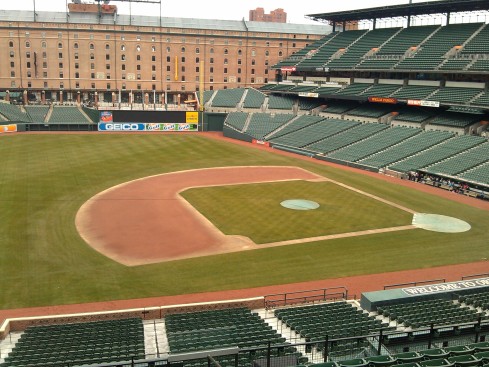 Long ago, the Holy Spirit moved Solomon to say, “Every way of a man is right in his own eyes, but the Lord weighs the hearts” (Prov. 21:2).  In nearly identical fashion, he writes, “All the ways of a man are clean in his own sight, but the Lord weighs the motives” (Prov. 16:2).  Sin constantly occurs every moment of every day throughout every community of the world.  At times, individuals will freely confess and without making excuse.  However, the more common course seems to be what Solomon says.  Parents raising children, asking who left something on the floor or who made a mess, hear the all-too-familiar, “Not me!” If one is caught in the act of wrongdoing, he or she may still say, “It’s not my fault,” “I didn’t mean to,” “It’s not what it looks like,” or “you don’t understand.”  Perhaps that’s desperate self-preservation.  Perhaps it’s an attempt to deflect responsibility and consequence.  But, Solomon cuts through the flimsy excuses, realizing God sees with a perfect, unbiased manner and cannot be fooled. We can try to lie to others to try and mitigate or deny our guilt, but He sees all and knows all.

Horrific images out of North Charleston have sickened and scared us!  If all is as it very much seems to be, color-blind, occupation-blind justice needs to be done (cf. Rom. 13:1ff).  May it serve as an even greater object lesson that transcends race, law enforcement, and the like.  When people become their own standard of right and wrong (cf. Jud. 17:6; 21:25), they can tend to justify anything (i.e., abortion, pornography, fornication, etc.) that God deplores.  Let us remember the second part of Proverbs 16:2 and 21:2.  “The Lord weighs the hearts and motives.”  He never gets it wrong!