—“A perverse man spreads strife, and a slanderer separates intimate friends” (Prov. 16:28).
—“A worthless person, a wicked man is one who…spreads strife” (Prov. 6:12,14).
—“There are six things which the LORD hates, yes, seven which are an abomination to Him: …one who spreads strife among brothers” (Prov. 6:16,19).
—“Hatred stirs up strife, but love covers all transgressions” (Prov. 10:12).
—“Though his hatred covers itself with guile, his wickedness will be revealed before the assembly” (Prov. 26:26).
—“Keeping away from strife is an honor for a man, but any fool will quarrel” (Prov. 20:3).
—“Through insolence comes nothing but strife, but wisdom is with those who receive counsel” (Prov. 13:10).
—“The beginning of strife is like letting out water, So abandon the quarrel before it breaks out” (Prov. 17:14).
—“He who loves transgression loves strife…” (Prov. 17:19a).
—“Like charcoal to hot embers and wood to fire, So is a contentious man to kindle strife” (Prov. 26:21).
—“An arrogant man stirs up strife, But he who trusts in the Lord will prosper” (Prov. 28:25).

Suffice it to say, the Lord has not been silent on the matter. Our age is marked by the manufacturing and fanning the flames of controversy, endless argument, and divisive issues. Men seem to take pride in starting strife and stirring the pot. When we share the gospel, in gentleness (2 Tim. 2:24) and love (Eph. 4:15), it can still be met with devastating disagreement and vehement vituperation. But, thanks to mediums like social media, some among us have seized the platform to spread division where they could as easily work to promote love and unity among brethren.  I cannot presume heart or motives, but the fruit has been to start brotherhood brawls and to stratify schisms. It is worrisome that while we manufacture outrage on politics, race, law enforcement, “guilt by association,” nitpicking the church, or constantly bringing up the latest “what’s wrong with the church” scenario, 151,600 people die around the world every day (via http://www.ecology.com/birth-death-rates/)! Most of that number will have traveled the broad way that leads to destruction. Surely we can redirect our passion and conviction away from divisive diversions and do our part to stem the tide of such an eternal tragedy!

Meanwhile, we can resolve to see people, not skin color, God’s sovereignty, not party affiliation or uniform, the local church’s autonomy, not an opportunity to be a busybody, and with every other, similar scenario, not major in the minors. Jesus condemned the Pharisees for neglecting the weightier provisions of the law, justice, mercy and faithfulness while scrupulously focusing on matters comparatively minor (Mat. 23:23).  We have a brief time to use our talents and influence on this earth. Will our cause be social justice, brotherhood policing, or political activism, or will it be building up the kingdom through evangelism, edification, and benevolence? May God grant us all the wisdom to “not work for the food which perishes, but for the food which endures to eternal life…” (John 6:27). Be a builder, not a basher! 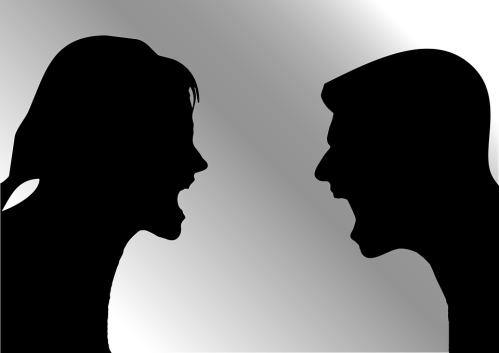 Being patriotic and having a political heritage like we do in this country, we may have strong, personal convictions in the realm of politics. Engaging in the political process, from volunteering to voting to political meetings, can help us not only be a positive agent of change but also salt and light before the world. But nothing can have a quicker negative impact on ministry than a “stumping sermonizer” or “campaigning church man.” I’ve known preachers who seem CONSUMED with politics and can hardly speak without ranting about it.  It just comes out! Beware that the mouth speaks out of the abundance of what’s in the heart (Mat. 12:34). Some preachers betray that they’re dwelling more on things below than things above (Col. 3:1-2).

The church began in the midst of political rottenness and corruption. Tacitus wrote of Augustus Caesar that he “seduced the army with bonuses, and his cheap food policy was successful bait for civilians. Indeed, he attracted everybody’s goodwill by the enjoyable gift of peace. Then he gradually pushed ahead and absorbed the functions of the senate, the officials, and even the law. Opposition did not exist. War or judicial murder had disposed of all men of spirit. Upper-class survivors found that slavish obedience was the way to succeed, both politically and financially” (https://facultystaff.richmond.edu/~wstevens/history331texts/augtotib.html). Of course, certain Jews did consume themselves with political interest and revolted against Rome—A venture that ended badly at Jerusalem and Masada. Read Tamarin’s classic book, Revolt In Judea, if you want the horrible details.  Politicians of the first century were guilty of wanton sexual immorality, including homosexuality and adultery; They practiced infanticide and whet their appetites for death and violence in their stadiums and arenas.  Where is Peter’s or Paul’s diatribe in scripture against vices and corruptions that sound a lot like our day? Where are the early Christians with their pickets and protests against the government?  Instead, “They went everywhere preaching the word (Acts 8:4)!

Political activism will hurt our efforts to effectively evangelize. How tragic to lose a soul trying to win a political argument!  Political activism, in preachers, can negatively impact what the church has paid them to do. They certainly didn’t pay him to spend all day on social media trolling stories or writing quips. They didn’t hire him to go to political rallies, being more wrapped up in affairs of state than affairs of heaven.

Paul was actually able to have an audience with the most prominent politicians of his day. Was he interested in discussing national or imperial policy with them?  Before Felix and Agrippa, he preached righteousness, temperance and judgment to come.  In Acts 27, he says God appointed him to speak before Caesar.  What could happen among us if more were devoted to spiritual revival than political reform? 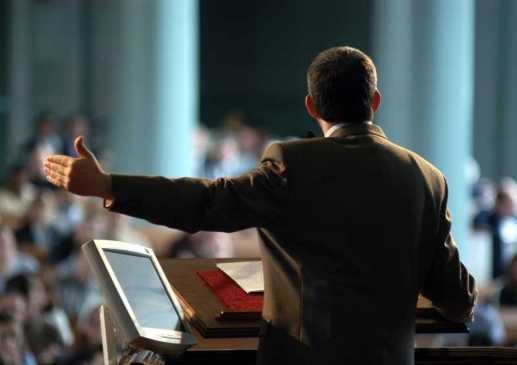