Karoly Takacs has one of the most interesting stories in Olympic History. The right-handed pistol marksman and sergeant in the Hungarian Army was a world-class shooter, but was denied an opportunity to compete in the 1936 games since only commissioned officers could compete. That prohibition was lifted after these games and Takacs anticipated competing in 1940, but a faulty grenade exploded in his right hand during army training in 1938. Unbeknownst to the Polish public, Karoly began practicing shooting with his left hand. He showed up at the 1939 Hungarian National Pistol Shooting Championship, and when other competitors came to offer condolences about his accident, he said, “I didn’t come to watch, I came to compete.” In fact, he won those games. But, he was unable to compete in the 1940 or 1944 Olympic Games because they were not held due to World War II. By the time of the 1948 games, held in London, Takacs was 38 years old. But, he qualified and won the Gold Medal there. Then, he turned around and did it again at the 1952 Olympics in Helsinki. He barely missed qualifying in 1956!  For this, he holds a place as one of Poland’s greatest Olympic heroes of all time (information via Quora.com authors Ankur Singh and Swati Kadyan).

In the New Testament, God shows us how beautiful proper determination is. Starting with Jesus’ determination to save us from our sins, as we read about Him because of anticipated joy “endured the cross, despising the shame” (Heb. 12:1), we find the greatest example of resolve. But, then there was Paul. Before conversion, he was determined to exterminate the Christians (read Acts 26:9-11). After being won to Christ, he refocused his determination toward winning as many as possible to Christ (1 Cor. 2:2; 9:24-27) and he urged others to do the same (2 Tim. 2:1-6; Tit. 3:8; etc.). No one will make it to heaven without making a determined effort to do so. That does not mean that anyone will earn their salvation, but it just as true that no one accidentally goes to heaven. The way Jesus put it is, “Strive to enter through the narrow door; for many, I tell you, will seek to enter and will not be able” (Luke 13:24). How badly do you want to go to heaven? What are you willing to give up in order to go there? 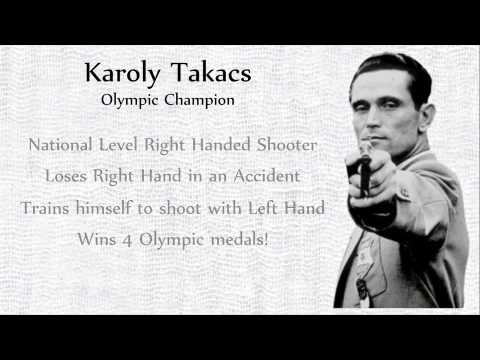