I understand the power of grace, and am grateful for it. I understand that those walking in the light have lenience with God, and I’m grateful for that! But I still wonder what I’m missing. Many (maybe most) Christians feel the same way. We want Jesus to come back as soon as possible! But the thought is also terrifying. After all, a lot of Christians will be shocked when they’re condemned at judgment (Matt 7.21). So how do we avoid that eternal gut punch?

Obviously, the first step is to join God’s family the way he said to. “Being saved” is not just about rescue from sin. That’s part of it! Being saved is about the last day. When Jesus separates humanity into two camps (Matt 25.32), we want to be in the one that doesn’t get destroyed.

If that statement applies to someone, they’re saved. If it doesn’t, they’re out of luck.

It’s interesting that Jesus doesn’t say, “You had the correct view of worship. You debated the plan of salvation with religious groups. You read your bible every day.” Those are critical (see the whole New Testament), so don’t misunderstand me.

But when Jesus addresses both groups, their fate will be decided by how they treated God’s family.

So what do we take away from this?

When we take care of each other, we’ll be told, “My father has nothing but praise for you! Come with me, you’ve inherited the kingdom that was made for you when we created the world” (Matt 25.34). 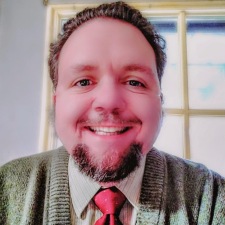 Solomon cautioned, “Pride goes before destruction, and a haughty spirit before stumbling” (Proverbs 16.18 NASB1995). I am sure we can think of many examples of this truth we have witnessed in our own lives. However, one that comes to my geeky mind is the downfall of Atari.

Atari was the video gaming console every child had to have from the late 1970s into the early 1980s. But then came along a glitchy game that nearly killed the video gaming console industry: “E.T. The Extraterrestrial.” Of course, we know of the movie by the same name. The film was a commercial success. “E.T.’s” director, Stephen Spielberg, wanted to capitalize on his movie’s success with a video game based on the titular character.

In addition, Spielberg wanted Atari to have the game ready for the Christmas season. Unfortunately, that timeframe only gave the developer requested by Spielberg about five months to complete the game. Spielberg’s request was not without precedent. The developer had previously worked on another game adapted from a Spielberg movie (Raiders of the Lost Ark). Nevertheless, the developer flying high atop Atari’s past success assured Spielberg that he could develop the game quickly.

The game did sell well, at first. But then the reviews came back from players. The game was confusing, tedious, and E.T. would routinely get stuck in a hole from which he could not extricate himself. Therefore, a quarter-million users returned the game to Atari, and Atari was stuck with over two million units that they could not move. This failure created a meltdown resulting in the breakup of Atari. Atari had lost over 500 million dollars. If not for the arrival of Nintendo’s video game console in the mid-1980s, introducing us to the lovable Italian plumber, Mario, one wonders if the gaming industry would be a billion-dollar industry today.

It may be that we can boast of many successes in life. Paul certainly could. Paul called himself a “Hebrew of Hebrews” (Philippians 3.4-6). Yet, Paul said he counted all his gains as loss, even rubbish, for the sake of Christ (Philippians 3.7-8). If you keep reading Philippians 3, you’ll note that Paul admits that he had not arrived at his destination but pressed onward so he could attain his eternal prize (Philippians 3.12-14). Paul then exhorts us to have a similar mindset (Philippians 3.15-16).

Yes, pride causes us to become blind to things like temptation. We become so full of ourselves that we have no room for the Kingdom of God and His righteousness. The Hebrews’ writer warns us about how easy it is to drift away (Hebrews 2.1-3). Therefore, we must be vigilant to watch our location relative to the Gospel. Paul writes: “Therefore let him who thinks he stands take heed that he does not fall” (1 Corinthians 10.12 NASB1995).

As we turn our attention back to Atari, we note that it was, at least, partly resurrected. It reported earnings of about 21 million in the fiscal year 2018. But what is 21 million compared to the half a billion dollars they lost in the early 1980s? Moreover, in the early twenty-teens, Atari filed for bankruptcy. Thus, Atari demonstrates that you cannot always get back on your feet after you stumble.

Fortunately, as Christians, we are showered by the riches of God’s grace (cf. Ephesians 1.7-8). Thus, if we will but “walk in the Light as He Himself is in the Light, we have fellowship with one another, and the blood of Jesus His Son cleanses us from all sin” (1 John 1.7 NASB1995). So, watch your feet and remember that pride goes before destruction.