At various times when I was growing up, I called Hawkinsville, Rockmart, Cairo, Sylvester, Franklin, and Hinesville, Georgia, home. While my dad was once fired from a congregation for converting a black woman, race relations in those rural towns—at least among us children—were excellent. While High School was very cliquish (along a great many lines more significant than racial ones), many of us had close, great relationships across racial lines. Certainly, there were instances of prejudice—from every race toward every race—but it was not characteristic. Perhaps it was because we were not constantly obsessed with it. We just got along.

Are you getting sick of hearing politicians, the media, and even social media (including from some members of the church) fanning the flames of dissension on this topic? I am. From my imperfect observations, I see the following:

The Bible says that God made every race (ethnos—nation, culture) from one man (Acts 17:26). The Bible says the whole earth was populated from Noah’s three sons (Gen. 9:19). The Bible speaks of the “human race” (Jas. 3:7), and doesn’t emphasize a red, yellow, black, or white race. The Bible says that heaven will be populated by people of “every nation and all tribes and peoples and tongues” (Rev. 7:9). Let us make sure, especially as Christians, that we are not fanning the flames of division, animosity, controversy, and hatred by treating this important subject in a way that takes people’s eyes off of Jesus or the church’s true mission! Surely this will reach more people of every nation, tribe, people, and tongue. 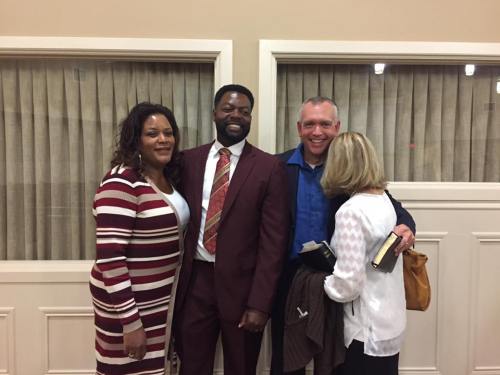