Neal Pollard
For twelve years, I lived in the eye of Civil War History. Not only were many battles fought in almost every community neighboring Mechanicsville, Virginia (our home), but two were fought at Cold Harbor. While living there, I became an avid relic hunter–a type of amateur archaeologist digging for buttons, bullets, and buckles. Thanks to Dave Young, Sr., and Dave Young, Jr., who “pulled” me into this hobby, I got to see history up close and personally. It was fascinating, in one sense, to stand on the very ground where such history-shaping events occurred. In another way, the very activity was a sobering reminder of the tragedy that divided a nation. It even divided households, with brother fighting against brother.

It has often been reported that after that awful war, when Jefferson Davis of the Confederacy and Ulysses Grant of the Union died, their widows, Varina Davis and Julia Grant, settled near each other and became the closest of friends (Atlas Obscura). What a remarkable story of how two people, from opposite sides, came together! Their husbands were philosophically and militarily opposed to one another, but their spouses overcame those hindrances.

I never cease to be amazed at the differences that are overcome in Christ. On foreign mission trips, we may go to places where our governments are antagonistic to one another and find our common bond in Christ. Race, culture, education, and finance are all surmountable barriers in Christ. Ephesians 2:16 reveals how Jew and Gentile were reconciled by Christ’s cross in the church. God intended the church to be the place where people, despite their diversities, can all submit to Christ’s authority and be one. Yes, even yankees and southerners. Even easterners and westerners. Even college grads and grade school drop outs. Paul also wrote, “For by one Spirit we were ALL baptized into one body–whether Jews or Greeks, whether slaves or free–and have ALL been made to drink into one Spirit. For in fact the body is not one member but many” (1 Cor. 12:13-14). In a world that tries to draw us apart and divide us, politically, ethnically, and regionally, Christ wants us coming together! Through the church, we can. 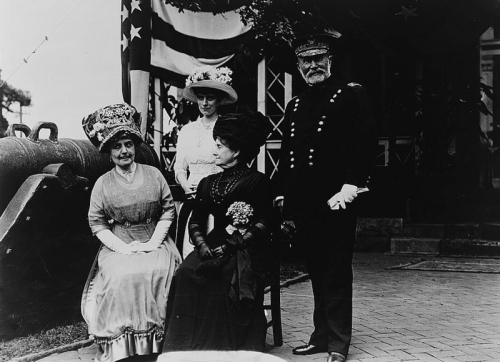