In an interview given at her home, Ann Rodgers appears a bit eccentric but a wonder to behold. The 72-year-old woman survived 9 days in an Arizona desert by eating plants and drinking pond water. She was driving to Phoenix via a remote stretch of back country road on the White River Indian Reservation when she got lost and subsequently ran out of gas. Thus began a series of efforts, building signal fires to draw the attention of rescuers or the forest service. She got lost while climbing a series of ridges trying to get cell signal. She and her dog faced gloomy odds, but she kept trying. She went missing on March 31st. On April 3rd, she used sticks and rocks to spell out “help.” To further draw attention to it, she found an antelope skull nearby and placed it with her message (via nbcnews.com). Since moving out west, I have learned that people frequently get lost in the vast stretches of deserts and mountains. I cannot find statistics for how many people get lost or how many are found alive or dead in the United States, but each incident is obviously traumatic for those involved. Can’t you imagine how desperately and completely those who realize their lostness long to be saved?

Wherever you go today, the vast majority of the people you encounter are going to be wandering through this world lost in the most profound way. Without rescue, they are heading for a fate infinitely worse than physical death. “Lost” is the way Jesus, the Good Shepherd, describes those not right with God. While He uses the word that way in three of the four gospels (Mat. 10:6; 18:11; Luke 19:10; John 18:9), it is the parables of Luke 15 that most vividly speak in these terms. The first parable, that of the lost sheep, draws on the search and rescue metaphor (Luke 15:4). That’s how Jesus likens the situation with one outside of God’s redemption.

Be watching for signs from the lost. They often send signals, if we are looking in the right places. Whether personal problems, major life changes (like marriage or having children), those new to the area, or those demonstrating an open mind, they may be just like the Ethiopian Eunuch and hoping for someone to guide them (Acts 8:30-31). Jesus has us here to conduct search and rescue missions. May we have our eyes peeled and keep ourselves equipped to rescue the lost. They are out there everywhere. 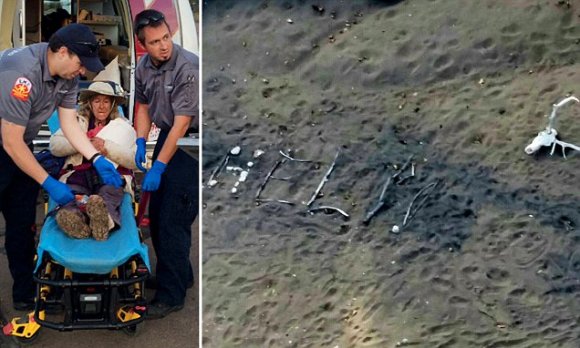 2 replies on “A Literal Appeal For “Help””

Thank you for a very apt comparison! I shall remember this.