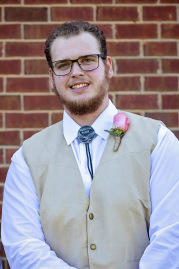 I couldn’t help but notice all the different reactions from people when the president got sick last week. I found myself reading several media outlets that released articles saying they were hoping he would die. They went on to say that he was old and obese and the chances were pretty high that he wouldn’t recover. Other articles criticized his choices, and some were cheering him on. And this was the case on both sides of the fence. Some were hoping that the president would die, and others were hoping that the other one running for election would contract COVID and die as well.
While we should never wish death upon someone (no matter our political views), it stuck out to me what these people were doing. They were cheering and getting excited at the thought of someone dying. This isn’t the first time this has happened. Mankind as a whole has a tendency to let hate take over and control their lives. No matter the situation, the time period, or the culture, we always tend to get consumed with hatred. So much so that we find ourselves cheering and getting excited at the thought of someone we don’t like dying.
This hatred is out of control. This is the very reason a crowd cheered on as the Son of God was tried and sentenced to death. This hatred is the very reason this crowd grew excited at the thought of killing the Messiah.
No matter what our views are we all have one thing in common. We are the reason Christ was crucified. Our sin problem is the reason nails were driven into His body. And even after God sent His Son for a sinful world, we are going right back to what hung Jesus on the cross in the first place. Hatred.
It can seem in some places like the church is splitting apart. Congregations are fighting and bickering. Hatred flows in the comment section on social media. What kind of example is that for those in the world? What encouragement does that bring to God’s family?
Every part of our lives should be totally consumed by the greatest commandments. “Love the Lord your God…” and “love your neighbor” (Matt. 22:36-40). If we would listen to these two commands, our opinions would come second to love. And hatred for one another would be a problem of the past.
Not to sound like a hippie, but love cures everything. Love God, love people and love His Church. John 13:34-35.

Occasionally, I run across someone whose sincerity and earnestness I do not doubt but whose manner and tack are incredibly brusque, confrontational, and antagonistic.  These same ones seem to frame questions disingenuously, almost as if to entrap you with the information they think they already know or pin you to positions they already believe you take.  They may be quick to want to ascertain whose side you are on or what your stand is, even in matters that can be terribly complex and not so easy to answer.  Their seeming attitude toward others is that they are guilty until proven innocent or that the ones they are examining are innately unwilling to stand up for what they, the “examiner,” believe is the truth.

This same belligerent approach was often taken by the Jewish leaders during Jesus’ ministry.  They would come up with a scenario for Him simply to entrap Him or try and use His words against Him.  Even though Jesus always answered correctly and never sinned or took a “wrong position,” they eventually twisted His words as part of their ploy to have Him crucified.

Ironically, these would deem themselves God’s staunchest defenders of the faith.  Yet, through deceit, manipulation, unrighteous judgment, and the like, they reflect worldliness and fleshly works which God addresses in scripture.  In Galatians five, Paul calls such things as “contentions,” “outbursts of wrath,” “selfish ambitions,” and “dissensions” works of the flesh (20).  In instructions on dealing with one another, Paul tells Ephesus that such things as “bitterness, wrath, anger, clamor, and evil speaking be put away from you, with all malice, and be kind to one another, tenderhearted, forgiving one another, even as God in Christ forgave you” (4:31-32).

There are brethren in Christ who have compromised God’s truth, and this has sadly occurred in every part of the country.  That is not what is under consideration here.  There are also some who are intent on redrawing smaller and smaller circles of fellowship all the time.  They are using as criteria laws they have made and standards that are from themselves.  No one can very easily or for very long stay inside their circle.  But let us not be bullied or intimidated into thinking that something is wrong with us if we do not walk lockstep with the belligerent.  Let us pray for them and continue to have the courage to speak what is truly truth in a way that is truly loving!