In 2008, M. Gigi Durham wrote a blunt book entitled: The Lolita Effect: the Media Sexualization Of Young Girls And What We Can Do About It. Durham is not at all writing from a Christian worldview, being a militant, secular feminist instead. In the book, she writes about several myths created by the media and the culture.

Durham is definitely on to something, even if it serves her own and different agenda. She is not alone in the secular world, worrying about the unhealthy consequences of the sexualization of our girls, even at the youngest of ages (Read more here).

Christian families, who believe and follow the Bible, already had these warnings in place. Consistently, God calls women (and girls) who profess godliness to reflect that by how they project themselves (cf. 1 Tim. 2:9-10; 1 Pet. 3:3-4).  Many preachers and Bible class teachers through the years have taken great pains to try and define and describe modesty, but what we have observed above would have been indisputably immodest in most people’s eyes in the world just a generation or so ago.

Too many parents, including Christian parents, have been swayed by the world’s fashion standards.  Even girls being raised in a Christian home have at times been encouraged and allowed to dress in ways that can easily produce lust. Jesus says that those who lust after a woman are committing adultery with her in their hearts (Mat. 5:28).  Men, young and old, have a responsibility to combat lust in their hearts, but Christian love would seem to dictate that women, young and old, would make that as easy as possible for them.

Fashions that are marketed as hot, sexy and daring, that reveal the body in a sexual way, are immodest!  The world, even without the Word, sees and understands that. We dare not rationalize it!  The world sexualizes everything from Cheetos to plant food and everything in between.  God commands purity of His people, but His Word must inform our standard of purity rather than what we think is pure.  Proverbs 30:11-13 says, “There is a kind of man who curses his father and does not bless his mother.  There is a kind who is pure in his own eyes, yet is not washed from his filthiness. There is a kind—oh how lofty are his eyes! And his eyelids are raised in arrogance.”

It’s important for us to ask, “What kind am I?”  Fashion choices and body obsession that say “if you’ve got it flaunt it” must be honestly examined and carefully avoided. God bless our homes which thoughtfully consider and decide with hearts set to honor Him. 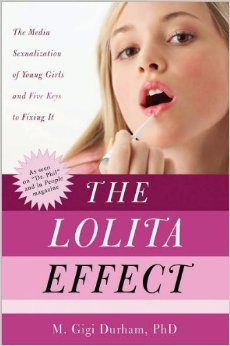 Pewaukee is a small city in southeast Wisconsin, home to a high school whose most famous alumni is probably Houston Texan NFL superstar J.J. Watt. But the high school is not in the news due to the recent philanthropic gesture of Watt in the wake of Hurricane Harvey, but for another decision that resulted in a media tidal wave against the Waukesha County school district. Specifically, reaction is against a school policy “requiring all ‘dress-wearing’ students and guests to send photos of their attire before they can buy tickets to the Pewaukee High School homecoming dance next month” (Annysa Johnson, Milwaukee Journal Sentinel, 9/15/17). Though the policy actually was enacted in 2015, the email reminder to families  last week created a backlash from some students and parents. One mother complained, “The girls are essentially being held responsible for the wayward thoughts (administrators) think boys have” (ibid.).  There are policies aimed at boys, too, but the school superintendent “said it was girls who forced the district to impose the pre-dance check by pushing the boundaries of appropriate attire at school formals” (ibid.).  While some parents seem upset that the school district is not trusting their judgment, others seem not to want to be told what to do or to have arbitrary boundaries set.

Pewaukee High School has boundaries about clothing. Dads and moms, have you taken the time to consider what that is for yourselves and for your children? When Paul speaks to women about clothing and uses such words as “proper,” “modestly,” and “discreetly” (1 Tim. 2:9), have you thought about what that will mean within your family? We have such a golden opportunity as stewards of influence, godliness, purity, and modesty. The world benefits from distinctive Christian living that reflects itself in a variety of ways, including modesty. “Dress code” is a phrase often used in a pejorative, contemptible way, but all of us have one. May ours reveal a thoughtful premeditation toward reflecting the glory of our wonderful Redeemer.