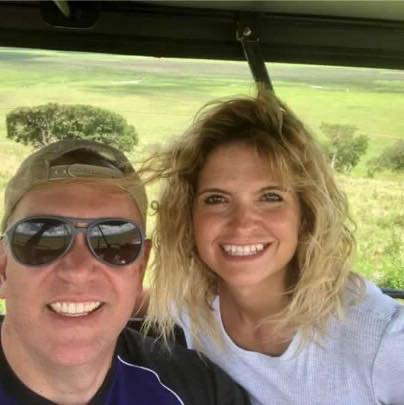 I sat next to a man at dinner the other night, a retired Marine officer named Anthony who was now a successful businessman. Though he was in his sixties and had six grandchildren, he could have passed, even with a smattering of gray hair, for an elite athlete. He was incredibly intelligent, articulate, a war hero, wealthy, and, by anyone’s estimation, a true Renaissance man. He was also a brand new Christian.

Despite his apparent success, he confessed to having experienced decades of emptiness inside. He described it as I have often heard people describe it, that there was a hole inside and nothing he tried would fill it. He pictured it as painting a facade. He held out the canvas for others to see what he projected, but the man behind the painting was hollow, depressed, and ever searching.

That changed when his neighbor, a man named David Grimes, took an interest in his life. They began walking together in their neighborhood, discussing life. David would always refer Anthony to the Bible and what God’s Word had to say. At some time later, when Anthony faced a crisis, he found himself reaching out to David for help. Ultimately, through David’s friendship and his efforts to teach him, Anthony obeyed the gospel!

Anthony said, “There are a lot of people like me out there! They seem secure, confident, in control, and without need. But they are searching to fill a void in their lives. I know. I was one of them.” We can convince ourselves in these troubling, ungodly times that nobody is interested in God and His Word. Anthony would encourage you to get involved in the lives of your coworkers, neighbors, classmates, and the people you connect with through your children’s activities. No matter what they are projecting, invest in them. At some point, they will let you in. They will allow you to look behind the canvas and the pretty picture they have painted, and you will see a soul searching for something only God can satisfy! God is counting on us to see past the pretense and help that person He loved enough to give His Son for. The picture of success in the world’s eyes was secretly aching for something deeper and better. He found it in the only place it can be found–in Christ!

Please look behind the canvas!