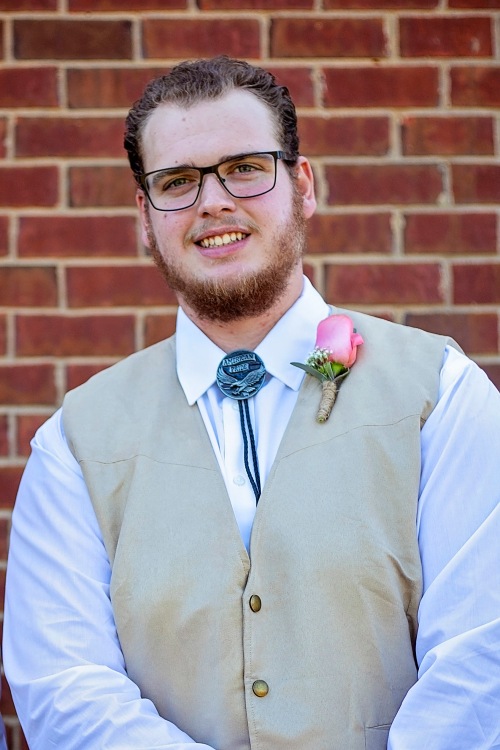 About a month ago I wrecked my motorcycle at The Hebron Church of Christ work day. It was very embarrassing because I wrecked it in front of everyone that was there. I decided that it would be a good idea to take my bike up the steep grass hill behind the fellowship hall. I was going a little too fast and completely forgot about the drainage ditch at the top. I came over the top of the hill, slammed my front tire into the ditch, and laid my bike down. I ended up bending the highway bars into the side of the frame, breaking my left mirror off, bending the clutch bar, toe shifter and kickstand, and cracking a couple of ribs.
After I had fixed most of the issues, I then spent hours trying to bend the highway bars back into shape. I tried using a mallet, a blowtorch, a ride mower and tow strap, and even got so frustrated I ran over the bars with my truck. Nothing was working so I eventually just gave up. I’ll admit, it’s not pleasant at all to work so hard on something only to realize it was for nothing. We don’t like giving up, but sometimes it’s the only thing we can do.
Did you know there was a time that God Himself gave up? In Romans 1, Paul spends some time describing men that have upset God. In verse 18 we read that these men refuse to acknowledge God and even go so far as to suppress the truth. These ungodly men were determined to bury the truth. Even though God had clearly revealed Himself, these men refused to see it. Because of this God gave up. Three specific reasons are mentioned by Paul.
They exchanged the truth for a lie. Romans 1:24-25 tells us that these men were involved in idol worship. God gave up because they chased after lust and the rituals involved in serving false gods. God quit trying because they exchanged the truth about God for the lies of idolatry. God is the source of Truth, and we can be guilty of accepting a lie instead of Truth. The lie here is idol worship and these men placed more importance on statues and images. While we may not be worshipping a literal idol, we can still practice this today. We can worship the lie of possessions. When we spend more time detailing our truck, boat, or house than we do in our personal relationship with God, we are bowing to a lie. If we place more importance on anything other than God, we are exchanging truth for a lie.
They exchanged the natural for the unnatural. Verses 26-27 shows us the wickedness that they were caught up in. God quit pursuing them because they exchanged the natural for the unnatural. The word “natural” here means, “that which is in accordance to the basic order of nature.” Specifically Paul is talking about human nature. God did not intend for men to be with men and women with women. And yet these people knew the consequences of their actions, and chose to continue in them. Therefore, God gave up.
They chose to ignore God. In Verse 28 these men failed to acknowledge God so He gave them up to a debased mind. This word “debased” means, “unqualified, worthless.” Their action of ignoring God resulted in a worthless mind. A mind that sought after things that are contrary to God’s will. How terrible it would be to find out on the day of judgment that God wanted me, but I chose to ignore His love. God cannot be with the person who constantly ignores His existence, and so eventually He will stop trying.
Has God given up on me?