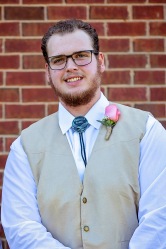 Peer pressure was a topic that I was taught a lot as a teen. Many have the false assumption that only teens struggle with peer pressure. While it is true that as a young person it is easier to be persuaded, adults and mature Christians can fall for peer pressure just as easily.
While there are many personal illustrations I could use of times that I fell for peer pressure and did something dumb, I’m not going to use them because I like my job at Hebron. But, there is one that I will tell because it’s a great illustration on the power of peer pressure.
Back when I was 12 years old (I was young, perfect and innocent) I fell for peer pressure and I’ll never forget the life lesson that I was taught. At the Bear Valley church there was a wall outside that the teens would sit on and hang out. This wall was about 10 feet tall and at the bottom was a bunch of rocks and bushes. I remember watching all the teen guys jump off the wall and land in the bushes below. I wanted to jump off so bad, but I knew I’d get in huge trouble if I did. All the cool kids would go out after church and see who could do the coolest jump off this wall. I remember one of the guys saying, “This is how you prove you’re a man.” And so of course I had to prove I was a man. I didn’t want them to think that I was a chicken. So one evening after church I went and sat on top of the wall and got ready to jump. Everyone was watching and I knew there was no turning back. I sat on the wall for a good 15 minutes trying to build up the courage to jump off what seemed like a 30 foot drop. I finally took the plunge and jumped…and fell like a sack of rocks onto the drainage pipe below and broke it clean in half. A feeling of dread washed over me when I realized what I had done. One of the deacon’s kids ran and told his dad…who told the elders…who told my parents…who told me that I was grounded from going outside after church for the foreseeable future. Every Sunday and Wednesday I was forced to stay with my parents in the auditorium until we left. I learned a very valuable lesson that day. Peer pressure is dumb. And the only thing that you gain from it is trouble.
Being pressured to jump off a wall probably won’t ever happen to you, but there’s a choice that each one of us will have to make at some point in our lives. That’s the choice of who we will call our friends and companions. This choice will shape who we are, how we live, and where we will go in the next life. The foundation for this subject is built by looking at a comparison between the righteous and the wicked. We can build our character by choosing righteous company, but what does righteousness look like?
In Psalm 1, we are given this comparison. “Blessed is the man who walks not in the counsel of the ungodly, nor stands in the path of sinners, nor sits in the seat of scoffers” (1). There is a progression of temptation laid out here: blessed is the man who…Walks not in the counsel of the ungodly (the one who sees the sin and keeps walking) Nor Stands in the path of sinners (sees the sin and stops to watch out of curiosity) Nor sits in the seat of the scoffers (sees the sin and sits with them to join in).
“But his delight is in the law of the Lord, and on his law he meditates day and night” (2).  Rather than walking next to sin, standing with evil, and sitting with evil company, his delight is in God’s Word and not in the sin of his fellow man. This man is blessed because he chooses to mediate on the Law of the Lord rather than dwelling with those in sin.
“He is like a tree planted by streams of water that yields its fruit in its season, and its leaf does not wither. In all that he does, he prospers” (3). Once the righteous man has chosen God’s Word over sin, we are given the result of this choice. He’s healthy. He produces fruit. He’s well nourished. He’s blessed in what he sets out to accomplish. This happens as a result of choosing godliness over evil company.
“The wicked are not so, but are like chaff that the wind drives away” (4).  Those who choose evil deeds over God’s Word are worthless. They are described as chaff. Chaff is the husk on the outside of a wheat kernel. You can’t eat it, and it basically doesn’t do anything. You have to take it off before you can make anything with the wheat. How they would do this is they would throw it up in the air and it would seperate from the kernel and the wind would blow it away while the wheat would fall back down.
The wicked are useless to God. When it comes to choosing friends, we have just two choices. The righteous (that are blessed in what they do) or the wicked (the ones that are useless to God). The choice should be an easy one for us, and yet Christians will fail to make the right decision.
A piece of advice: Don’t jump off the wall. Choose to hang with those that are concerned for your well being. Choose the righteous friend that will look out for your soul.