When I was a little boy, I heard my dad contrast these two ideas, union and unity, with an interesting illustration.  He said, “You can tie two cats’ tails together and hang them over a clothes line. You may have union, but you do not have unity.”  Recently, political pundits have been making a somewhat similar contrast concerning the European Union. They are bound together economically, socially, and geographically, but there is at times a lack of unity.  These ties have not led to effective communication and information sharing in dealing with terrorist threats. Distrust, the ambitions of individual EU countries, and autonomous business dealings with nations outside its union all contribute to an uneasy synthesis between themselves.

There is great misunderstanding in the religious world and, at times, in the Lord’s church about what biblical unity is.  While there are those who believe that unity demands agreement on matters that ultimately are not established and determined in Scripture (how/if Bible classes are divided, whether to extend an invitation after a sermon, whether or not to meet on Sunday night, order of worship services—i.e., Lord’s Supper or sermon first, etc.), there are many others who believe that unity is possible where union is really what is attempted.

Scripture is the basis of unity! Jesus defined the oneness He wanted His followers to have as reflective of the unity He shares with the Father (John 17:20-21). Through His inspired writer, Paul, He emphasizes the importance of unity, saying that we are to “be diligent to preserve the unity of the Spirit in the bond of peace” (Eph. 4:3). Unity is clearly defined as existing within a diligence to preserve the truth of “one body…one spirit…one hope…one Lord, one faith, one baptism…one God and Father of all…” (Eph. 4:4-6). The New Testament tells us in specific terms what’s involved in each of these. Attempting to be tied and bound to those who reject or attempt to change what Scripture says about these is not biblical unity. It amounts to tying together what’s incompatible and incongruous. That’s just inconceivable! 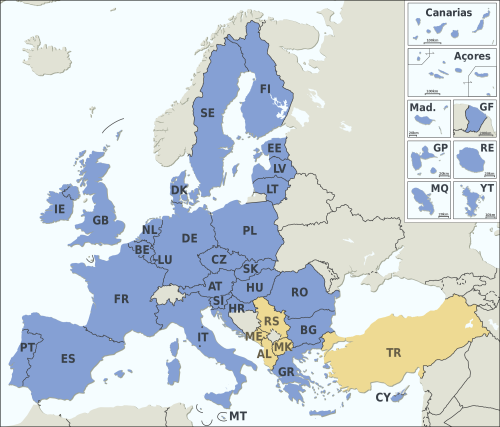 One thought on “The Difference Between Unity And Union”