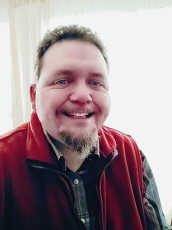 Has your job been deemed “essential” during our mitigation efforts against COVID-19? If not, you are likely either working from home or are facing a difficult financial situation as we await the reopening of our economy. Noting the choices made by certain people in positions of authority about essential and nonessential workers, however, makes this whole process of determination seem…capricious.

Mike Rowe, a man who made a name for himself doing the “dirty jobs” other people refused to do, stated his opinion was that there was no job that is nonessential. Appearing on a cable news program, he said, “Right now, there is this fascinating conversation going on on your network and all the networks, where we are making a distinction between essential workers and nonessential workers.” Rowe continued, “…there’s something tricky with the language going on here because, with regard to an economy, I don’t think there is any such thing as a nonessential worker.” 1

Rowe did admit that certain positions are greatly needed during a pandemic. Hence, we have greater need for a doctor now than a center fielder for a Major League Baseball team. “I just wanted to make the point that, when we talk about the economy, all work is essential,” Rowe stated. “Maybe it’s a distinction without too much of a difference, but in my mind, there is no such thing right now as a nonessential worker.” 2

Rowe makes a good point. For a healthy economy, every able-bodied person of age, must work. When person “A” earns a paycheck, he spends it in person “B’s” store. Person “B” can then provide for his own family. The property taxes person “B” pays allows person “C’s” child to go to school. In other words, the economy is something in which we all play a role, whether we appreciate our role within it or not. Yet, we see what happens when we purposely shut down a country to mitigate a virus. All the financial gains about which our country boasted for the last few years was wiped out in six weeks!

This isn’t a message about the economy or politics or Mike Rowe. It is rather about the harmful consequences we bring about by rashly judging what’s essential and nonessential without considering the bigger picture. When you have extra time, enter in the words, “baptism” along with “essential” and “necessary,” into your internet search engine of choice. I did. I found one page that proffered “101 Reasons Why Water Baptism is Not Necessary to be Saved.”

Fortunately, we have the book of Acts, also known as the “book of conversions.” Acts has many examples of people who, having heard the proclamation of the Gospel, submitted to baptism. It is a troublesome book for the one seeking to discount the necessity of baptism’s role in salvation. For this reason, such practitioners of a perverted gospel must say, “Baptism is an outward sign of an inward faith.” In other words, all these people were baptized to show their salvation rather than receive it.

Even if we only had the example of Paul’s conversion in the book of Acts, we would have enough reason to prove why baptism is not only necessary but essential. Paul was a man, made miserable by his newly acquired knowledge he was a sinner. He prayed fervently for three days. If one could “pray through” then Paul should have been able to have done so. And yet, when the preacher Ananias arrived, he saw the pathetic state that Paul was in and said, “Now why do you delay? Get up and be baptized, and wash away your sins, calling on His name” (Acts 22.16). Did Paul not realize he was saved and needed only to perform a ritual to confirm his salvation? If true, Paul was the most miserable Christian about whom we read in the pages of the New Testament during those three days he prayed and fasted.

We might make a tough judgment call because of a virus and shut down certain sectors of our economy since we believe them less essential during a health crisis. Ultimately, though, we realize even those deemed “nonessential” do play an important part in our economy, as Rowe suggested. We need them if we are going to climb up out of this trillion-dollar deficit hole this crisis has made us fall into.

Likewise, people may capriciously proclaim baptism nonessential. However, one wanting total restoration to the innocence lost in Eden must also know a demon’s faith (James 2.19) is not only insufficient to save but fatal (Mark 16.16).