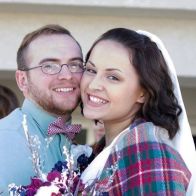 Yesterday Carl and I smelled something absolutely awful in his house. Bailey, his trouble-making Carolina dog, had just been let back in; she had evidently rolled around in the remains of an animal that recently reached putrefaction and it showed. We were gagging and gasping for air while attempting to find the source of the odor traumatizing our olfactory lobes. The deceased animal outside was found (kind of) and Bailey was forced into the bath. The sheer power of that stench was incredible.

Our words can have the same effect on a person’s ears that the decaying body of roadkill has on the nose. Ephesians 4.29 says, “Let no unwholesome word proceed from your mouth, but only words good for encouragement according to the need of the moment, so that it will give grace to those who hear.”

I want to focus on the word “unwholesome” here. When we hear “unwholesome,” we might think of a dirty joke, curse word, or some other graphic form of speech. That can be included in this word, for sure, but we need to take a closer look at what it means in scripture.

The word is σαπρός (sapros) which means, “to be of such poor quality as to be of little or no value,” or, “bad or unwholesome to the extent of being harmful.” It generally described something that was rotten or decayed and completely useless. That really widens the range of words we can describe as being unwholesome. In modern Greek, σαπρός means “putrid” and is used to describe the same putrefaction process Bailey unfortunately rolled in. It was awful to smell, and putrid words are awful to hear.

The next time we speak to someone, let’s put our words through a simple filter. Let’s ask ourselves, “Is this rotten? Is it going to be beneficial to the person hearing this? Does it encourage?” If our words are closer to rotting flesh than graceful encouragement, we must rethink them before they escape our lips. It’s not just a good idea, it’s certainly imperative to godly living.