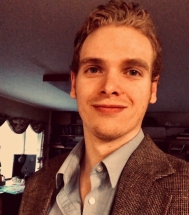 A qualified fool is someone who lacks wisdom and also tends to have an embarrassing lack of common sense. In the ancient past, being called a fool held a lot of weight and it wasn’t something that was taken lightly. There’s a healthy emphasis placed on the fool throughout the Psalms and Proverbs, and his time in the spotlight is far from flattering. He’s often in sharp contrast to the wise and intelligent person. What may cause some of these passages to sting in a personal kind of way is when they reflect our own actions or inclinations.

Psalm 14 begins stating, “The fool has said in his heart ‘there is no God.’” Today the atheistic minds that fill the rolls of teachers, scientists, and authors are held in high regard. To some they are seen as the “brains of society” and the pioneers of the future. Evolutionary doctrine may dominate the classrooms and laboratories, but God calls them foolish. They are not “progressive” or “admirable” because they’ve missed or rejected something crucial. The one that denies the existence of a God that they are surrounded by, alive because of, and will be judged by— is the fool. David goes on to state in the same Psalm how God had looked down on the earth to see if anyone had been seeking after Him. When God looks down on our lives what does He see?

Maybe you would never audibly state, “I don’t believe in God!” But we can’t forget that our repetitive actions are those true statements that tell the world what we believe.

One thought on “What Makes A Fool Tick?”