Once, while I was in the Washington, D.C., area holding a gospel meeting, I had the privilege of going through the International Spy Museum near Chinatown.   Having an avid interest in both military history and the former Soviet Union, I was thrilled at the opportunity.  The museum displays just how ancient the espionage game is, but the greater part of the exhibits covers only the last 100 years of spying.  There is a whole section of the museum devoted to espionage during the Cold War.  In fact, spies on that front had their own “ten commandments” (some say there are forty or more).  The museum itself published ten of these so-called Moscow Rules.

Some of these rules include:  “assume nothing,” “don’t look back,” “there is no limit to a human being’s ability to rationalize the truth,” “maintain a natural pace,” “…if it feels wrong, it is wrong….”   Former CIA operative Jonna Mendez, as well as countless others, is quick to say that these rules are used by agents around the globe today.  Many of these rules boil down to trusting instincts.

Whereas Christians battle a foe that will not collapse or capitulate, we still have rules of engagement that we must follow for our own spiritual preservation.   As our foe is the most formidable of them all (see 1 Peter 5:8; 2 Corinthians 11:14; Revelation 2:10; etc.), he must be fought with great intelligence.  We need to mature to the point of having our powers of discernment trained (cf. Hebrews 5:14).  This will give us the kind of instincts we need to be most aware of the devil’s tactics (cf. 2 Corinthians 2:11).   We should not become paranoid or see problems where they do not exist, but we must not let our guard down either.  God’s Word will protect us and serve us heroically in this terrific battle (cf. Ephesians 6:17), but only if we know how to use it properly. 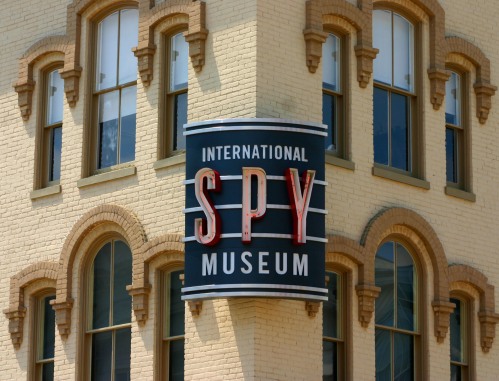 2 thoughts on ““The Moscow Rules””