One of the last great periods of spiritual revival in Judah’s history before Babylonian Captivity occurred during the reign of Jehoshaphat.  This king is praised for seeking God, following His commandments, and not acting like Israel (2 Ch. 17:3-4). Jehoshaphat was greatly blessed by these decisions, he took pride in the Lord’s ways and sought to eradicate idolatry (5-6).  In the third year of his reign, Jehoshaphat sent his officials, the priests, and the Levites throughout Judah.  What we read in 2 Chronicles 17:9 is exemplary for us today.

Despite some later foolish and even sinful choices, Jehoshaphat was on target to send teachers for Judah’s benefit.  In the end, he instituted needed, helpful reforms, and relied on God in prayer.  He fell short, but perhaps it was his anchor in the law of God that kept him from drifting away from Him.  Our hope and future is tied to how faithfully we follow God, but we must know what God wants to do that.  And we can only know what God wants by knowing His Word. God bless the teachers that help us to do just that! 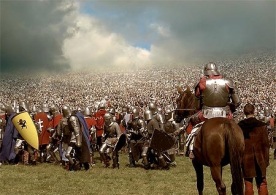